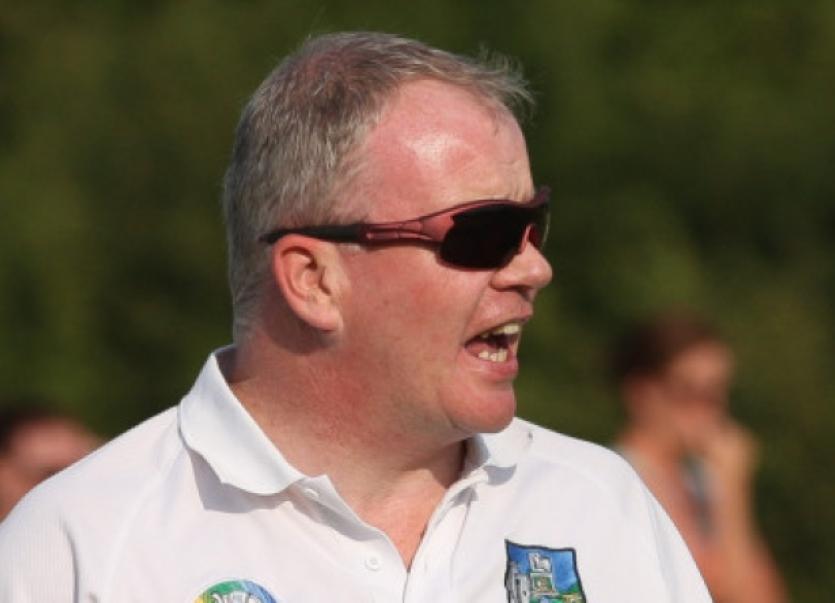 “I will take the blame for last year!” Limerick camogie manager Joe Quaid said with a laugh.

“I will take the blame for last year!” Limerick camogie manager Joe Quaid said with a laugh.

“When I took over I told them I would get them to Croke Park! I probably should have told them we would win in Croke Park but I can tell you that’s what I said this year,” Quaid jokes.

Leaving Croke Park that day the quest for all was to return and go one better this season.

Manager Quaid was in his usual jovial mood this week ahead of the final but also totally focused on the task ahead.

On the back of a hugely successful season to-date Quaid knows that now is the perfect time for Limerick to win promotion back to the top grade of the championship.

All-Ireland minor and All-Ireland Junior A championships are already on the sideboard in Limerick and with this youthful backbone, Limerick need to join the top grade to progress in 2015 and beyond.

“It’s an opportunity to put down a huge building block,” explained Quaid.

Just like last year the Limerick team has been moulded throughout the year.

After Division Two league honours last year, Limerick return to Division One of the league this Spring.

”Division One in the league really helped us - we were up there with the big guns and the great part of the league was that we didn’t play too many minors at all because their championship was on-going. We played the Kilkenny seniors and I would say only Mairead Fitzgerald from Sunday’s team was in the attack and we were only beaten 6/7 points,” outlined Quaid.

“I know it’s Kilkenny’s second team but Galway’s second team beat us last year. Complacency is not an issue - we got a fair test against Waterford in the semi-final. We all now that you simply can’t take counties like Kilkenny and Kerry for granted in Croke Park,” said Quaid.

The manager is confident that the experience of last year’s final will stand to Limerick.

“The wow factor of Croke park is gone - in fact the two most experienced girls (Aoife Sheehan and Claire Mulcahy) on the panel are probably the only two, who haven’t played there. I have told the girls not to be nervous about being nervous. Nerves are normal but once the first ball comes it should be like playing in any club field.”

He continued: “We learned a huge amount - the one thing was that we couldn’t believe the physicality of the final. We learned so much from last year - we wanted to stay in Limerick the night before but that actually meant some girls getting up at 5.30 to get the bus. Now we are going up the night before and in fairness that is only possible because of the generosity of Tom Moran in the Red Cow”.

“We know the standard we can play to - the question is can we get that out of ourselves on Sunday. If we play to our potential anything is possible. We have won at minor level and with the juniors - some girls could collect their third All-Ireland medal on Sunday and that’s from April to September - that a career haul, never mind a year,” outlined the manager.

But he doesn’t hide away from the big challenge they face on Sunday.

“We saw them play in their semi-final but I try not to worry too much about the opposition. They train with their seniors and we know that means they will be physical, like Galway last year.”

But Quaid hopes that his side are better than last season.

“We will find out on Sunday I suppose. But we definitely have more options. We finished up with six U-17s on the field and that was fierce young,” he recalled of last year’s final.

“We have serious competition for places on the panel of 30 even and it was extremely hard to pick. We had 50 girls training all year.”