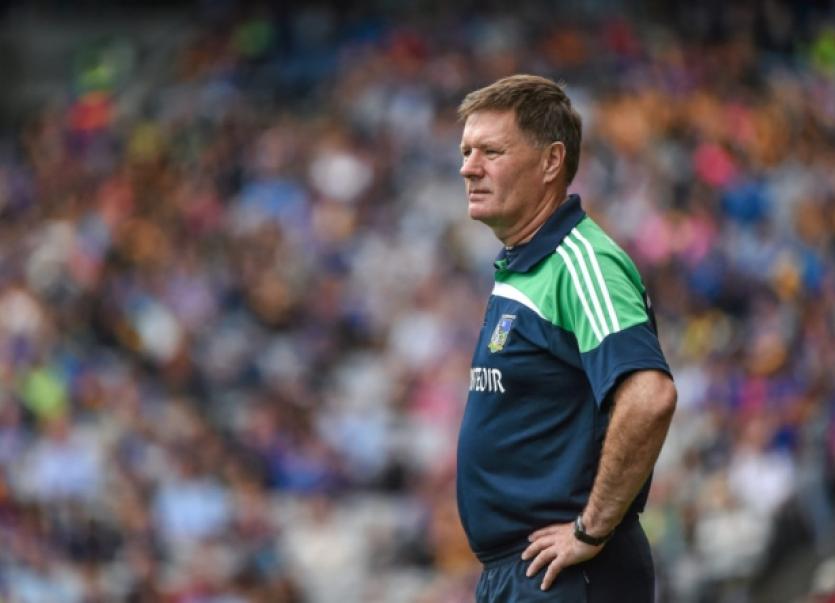 LIMERICK minor hurling manager Brian Ryan is to indicate his future plans in the coming days.

LIMERICK minor hurling manager Brian Ryan is to indicate his future plans in the coming days.

The two year term of the South Liberties man came to an end in Croke Park last Sunday.

He brought Limerick to back-to-back Munster titles and a first All-Ireland final appearance in nine years.

It is understood that his future plans will have a big bearing on the direction Limerick GAA officials take in the coming weeks as they finalise their management teams for 2015.

In Croke Park he made no announcement as to be future wishes.

He could want to remain for another spell with the U-18 side or indeed express a wish to move into the U-21 role and continue to guide the fortunes of those he has worked with for the past two seasons.

It could be that Limerick GAA officials are set to hand inter-county recalls to members of the 2011 Munster U-21 hurling championship winning management.

The September meeting of Limerick County Board was postponed from this Tuesday until Thursday September 18.

It is understood that it is the wish that the county minor, U-21 and intermediate hurling managements would be ready for ratification at that meeting.

Ciaran Carey was Limerick U-21 manager this season but only had a one year term. While it is understood he wishes to continue, this may not be granted.

It is thought that any potential new minor management could be moulded from within the current underage set-up.

Bruff’s John Mulqueen is the present U-17 manager, with selectors Brian Foley and Paul Finn.

South Liberties Pat Donnelly was at the helm of the U-16 side. Donnelly was a selector on the 2011 Munster U-21 championship winning management. Manager of that team was Leo O’Connor. He is currently managing the county U-15 side and was also coach to the Mayo senior hurlers this Summer.

Another member of that provincial winning management was John Kiely. The Garryspillane man was also Limerick senior selector with John Allen and has been muted for a possible return.

The third hurling management that will be up for ratification is the county intermediate management. This time last year this team management appointment process took on a life of its own and it appears that Limerick learned lessons from that process and are hoping to get all completed before the knockout stages of the club championships.

It is understood that meetings are to take place in the coming days and some clarification could be ready for next Monday night when a meeting of the officers of Limerick GAA is scheduled.

Elsewhere, they could also be some Limerick football management news ready for the County Board meeting on Thursday week. It is understood that a new U-21 management could be unveiled with a link-up to John Brudair’s current senior management.