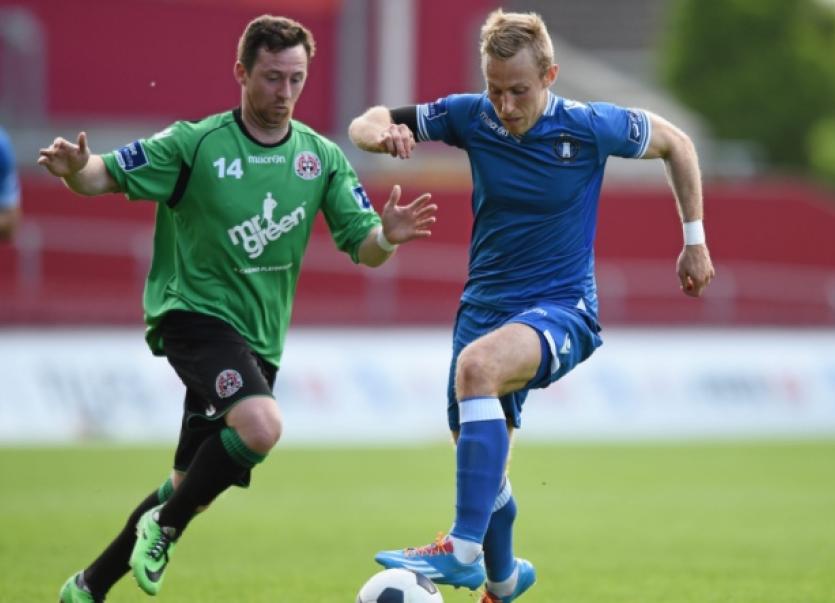 LIMERICK FC have been dealt a blow with the news that talented midfielder Danny Galbraith has left the club to return home to Scotland.

LIMERICK FC have been dealt a blow with the news that talented midfielder Danny Galbraith has left the club to return home to Scotland.

Galbraith has been with Limerick since February 2013 but he was unable to agree terms with Limerick FC to extend his contract beyond its June 30 expiry date.

A statement from Limerick FC read: “Danny has made the decision to return to Scotland where he has had interest from a number of SPL clubs. His contract was up on June 30 with the option to extend, but Danny and the club haven’t come to agreement on terms, so we’ve shaken hands and we go our separate ways. We wish Danny all the best for the future and thank him for his contribution to Limerick FC while here.”

Manager Stuart Taylor stated that the club engaged in discussions with the player, adding that Galbraith, a former schoolboy at Man Utd, was “a role model” for young players at the club.

“He’s a top professional. He was a great example for the younger lads in terms of the way he looked after himself. He’s taught a lot of players at the club on how to look after themselves and how to go about their work in a professional manner.

“I personally thank him for his contributions over the year and a half. He was fully committed to the club and we wish him well.”