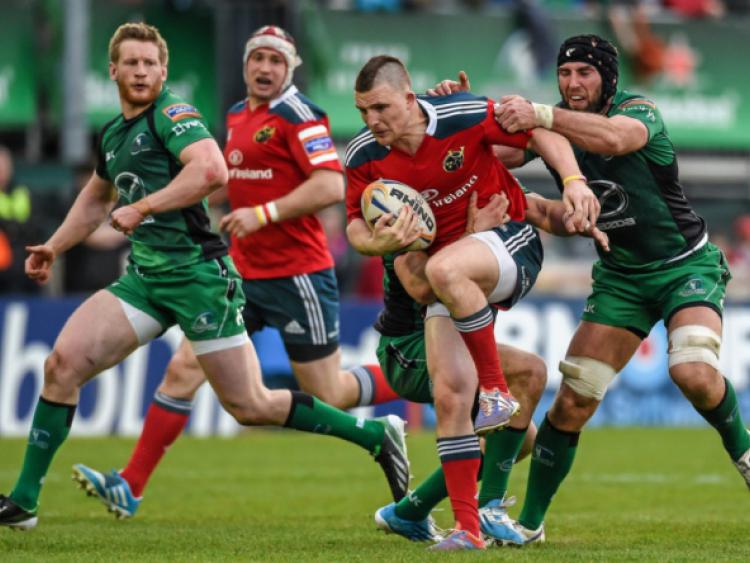 MUNSTER head coach, Rob Penney admits his side will have to ‘play the best game we’ve ever played’ if they are to topple Toulon in next Sunday’s mammoth Heineken Cup semi-final showdown at the Stade Velodrome, Marseille.

MUNSTER head coach, Rob Penney admits his side will have to ‘play the best game we’ve ever played’ if they are to topple Toulon in next Sunday’s mammoth Heineken Cup semi-final showdown at the Stade Velodrome, Marseille.

Penney said the challenge of taking on the French giants was a ‘special’ one for him as a coach. Sunday’s last four clash in Marseille will kick-off at 3.30pm Irish time.

Munster will be playing in their 11th Heineken Cup semi-final next weekend at the 41,000 capacity Stade Velodrome. Munster have already sold more than 4,000 match tickets directly to their supporters with thousands more expected to swell the Red Army in Marseille with tickets from general sale.

Munster warmed up for their trip to the south of France with an exciting 32-23 bonus point win over Connacht at the Sportsground on Saturday night which took Penney’s charges back up to second place in the RaboDirect PRO12 table.

Afterwards Rob Penney said of Munster’s Heineken Cup semi-final clash: “This is an exciting part of your life. They don’t get any better than preparing to play a great side like that. Ever since we got the result against Toulouse and then knowing Toulon were going to be our adversary, we have been chipping away at them, Look, we’re going to have to play the best game we’ve ever played.

“Some individuals are going to have to go beyond where they have been before, but that is the challenge for us as a management group, to try and get the group in a frame of mind that they are prepared to do that and it’s probably one of the most exciting components. Going to Clermont last year was really exciting, but this playing Toulon is probably a bit special for me as a coach. I know the other guys, Ian Costello, Anthony Foley and Simon Mannix think the same and there is a little bit of history between Toulon and Munster in this competition so we will be trying to uncover every little avenue to tap into those little motivational and inspirational moments to see if we can pull out a magic performance.”

Munster backs coach Simon Mannix was in Barcelona at the weekend to watch Toulon record a 46-31 victory over Perpignan in the French Top 14 with 26 points of the winners tally coming from the boot of France pivot Frederic Michalak. The bonus point win saw Toulon move back to the summit of the Top 14

Munster coach Penney believes Munster are significantly further down in the track in their development compared with 12 months ago when they also travelled to France for a Heineken Cup semi-final fixture against Clermont Auvergne.

Penney said: “The players are miles ahead (compared to last year) in terms of their mental appreciation of how to prepare and the belief. There is a genuine understanding after Clermont last year, there was a realisation that this group can compete at that level. I don’t think they thought that before that game. At half time, we talked about how we needed to believe in ourselves and play a bit more and as the game went on, we were becoming more and more threatening. I think they went away from that game with a lot more belief than they had before and that flowed into this year. Let’s hope that continues this week and we can go to into a very daunting task with a bit of belief. We need that.”