Na Piarsaigh ‘shattered’ as Limerick champions crash out to Portumna 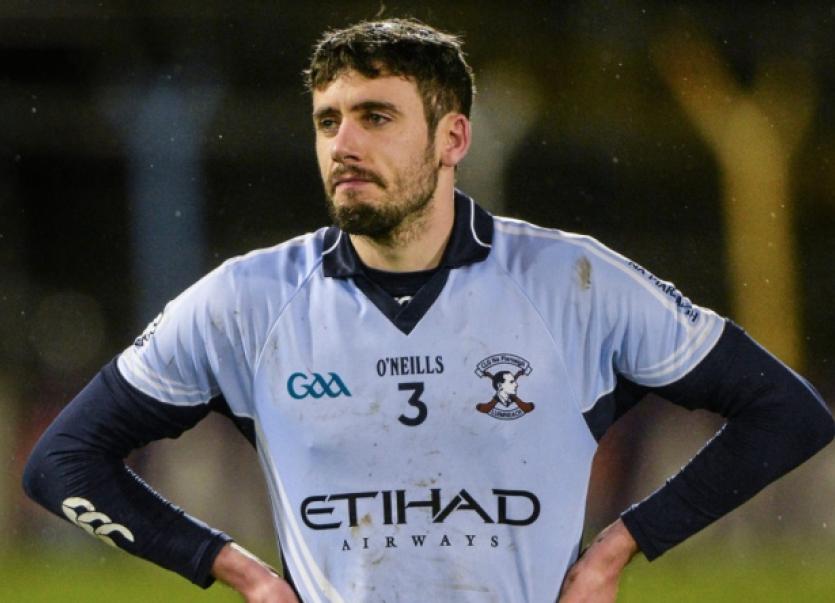 THE pain was evident on the faces of the Na Piarsaigh players as they made their way from the rain-soden Thurles pitch.

THE pain was evident on the faces of the Na Piarsaigh players as they made their way from the rain-soden Thurles pitch.

Heads bowed on weary bodies, they had again fallen short in their quest to reach Croke Park.

“We are shattered. It will take a while to get over that. We are not blaming anyone - they were better than us,” said manager Sean Stack.

“Portumna are a serious outfit and very composed. We were beaten by a very good team. We are just utterly shattered and disappointed but the best team won - as simple as that and I hope they win the All-Ireland.”

He revealed that they had hoped to play against the wind in the first half.

“The toss was everything - whatever kind of team we have we have lost the toss twice in the last four years and we have lost the match both teams as while, which is amazing. Against the breeze we have a good defence - we have a defence as good and as organised as they have and we were praying we would be against the wind in the first half and when we didn’t we were chasing the game after the start they got,” he said.

“We were rushing things a little bit too - when you have the breeze you are inclined to rush things no matter what you say. You can get all your tactics and details right before but when your chasing the game things go astray and decisions are not the same. Look at the decision making they had - they were ping-pong out the field and that’s what happens when you get a good start and we can’t take that away from them.”

Stack said that they had prepared for an early burst.

“We knew it was coming - they are a team with a big kick at the beginning of the match. They want to stamp their authority and they did that again today.”

As his players passed by, Stack’s hurt was evident.