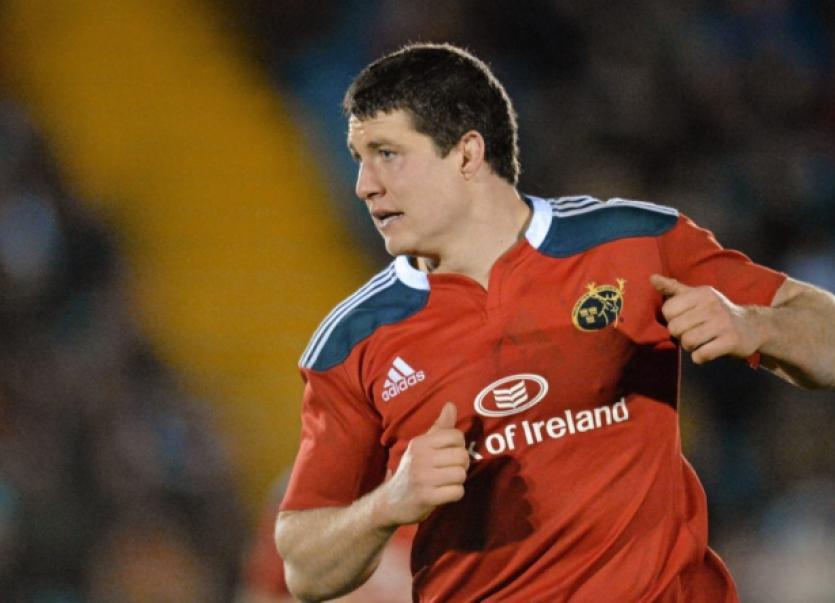 MUNSTER Rugby have confirmed that Billy Holland has penned a new two-year contract, while Ian Nagle has joined Premiership side Newcastle Falcons on a short-term loan.

MUNSTER Rugby have confirmed that Billy Holland has penned a new two-year contract, while Ian Nagle has joined Premiership side Newcastle Falcons on a short-term loan.

Holland has signed a two-year contract with Munster Rugby and the IRFU that will see him stay with the province until June 2016.

The 28-year-old made his Munster debut in 2007 against Llanelli Scarlets, and the academy graduate made his Heineken Cup debut against Northampton Saints in April 2010.

Holland has won 83 caps for Munster and has established himself as an important squad member, playing both second row and back row. Billy featured in every single PRO12 game last season and has played ten games so far this season as he continues with his consistent form.

Commenting on the news, Holland said: “I’m delighted to have signed on for another two years. With such a young and exciting squad the future is bright here at Munster and I’m glad to remain involved. Having worked so hard to get where I am, I am keener than ever to push on and challenge for starting spots.”

The arrangement provides the 25 year-old lock with the opportunity to challenge for competitive first team rugby on a consistent basis. With 29 caps for Munster, Ian has only featured on three occasions this season, with his last outing against Scarlets in December.

Munster head coach Rob Penney said: “Newcastle, who are currently struck with injuries, made contact with a request and we were happy to accommodate them with a short-term loan. Ian departs with our best wishes and we believe it will be a beneficial experience for him.”