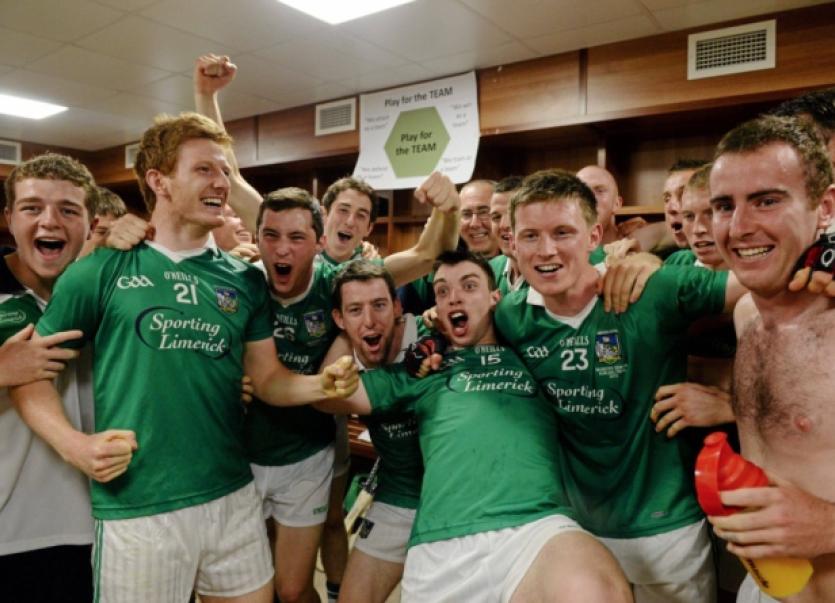 LIMERICK had to wait 17 years to end the Munster senior hurling championship famine - and now they are still waiting to get their medals.

LIMERICK had to wait 17 years to end the Munster senior hurling championship famine - and now they are still waiting to get their medals.

The January County Board meeting was informed that a Medals Presentation Ceremony would be held last Sunday, February 9. However that event in the Racecourse was cancelled.

A meeting is to take place next Monday to try and finalise plans for a function to celebrate the success of 2013.

As well as the senior hurlers, the Munster minor hurling champions and the county footballers, who won the Division Four league title, are also awaiting their silverware.

It appears that selecting a date will involve negotiations with the senior hurling management.

“Some of the management want a low-key medal presentation because of the impending league and championships,” explained the chairman, who said that March 9 was now the likely new date for the event.

On March 9, there is a double-header in the Gaelic Grounds with Limerick playing Wexford in both hurling and football league ties.

On the field of play, Limerick are likely to include 12 of their Munster championship winning team for Saturday’s opening game of the National Hurling League.

New managers Donal O’Grady and TJ Ryan won’t name their team until after training on Thursday night but recent challenge games and the Waterford Crystal Cup campaign would suggest that a dozen of the Munster winning team will start in the provincial final rematch.

Cork are boosted by the inclusion of dual stars Eoin Cadogan and Aidan Walsh.

The clash with Cork in Pairc Ui Rinn on Saturday will go along way towards determining promotion with just the top team in the group being elevated to the top tier after the decision to do away with the Division 1B final.