John Galvin back with Limerick footballers 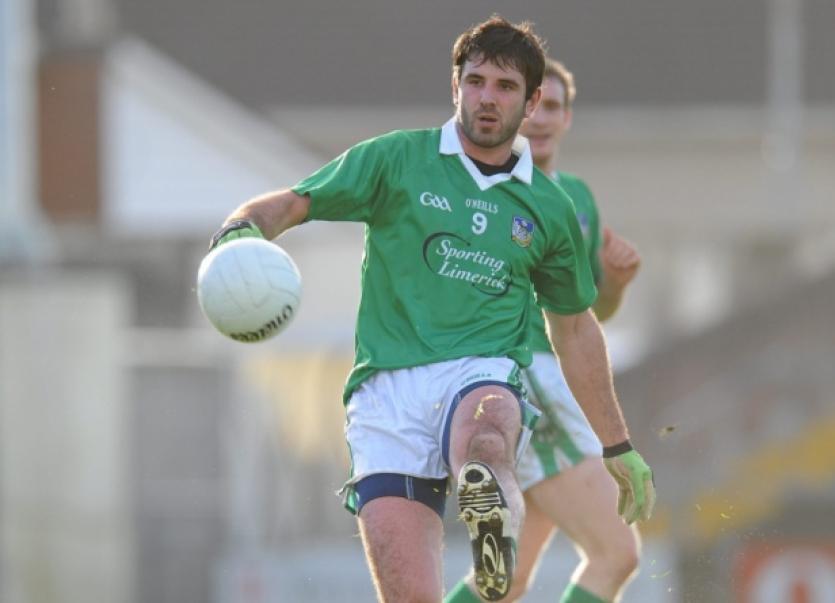 However, his long-term future remains unclear and it is understood that he is to confirm his 2014 plans in the coming week.

Likewise, Stephen Lavin is also to inform management later this month of his plans.

This Thursday night the current extended Limerick senior panel are to host an trial game, which will help John Brudair and selectors Declan Brouder and Mike Fahy finalise their panel for the remaining league games in Division Three.

Limerick don’t return to action until the March 2 trip to Hyde Park to play Roscommon.

“We are planning to have a panel of 36-players,” explained manager John Brudair.

“Within that we will keep on at least six U-21 players - one for each line of the team. There would be eight or nine players eventually and they will be guaranteed a year’s training to see how they develop.”

Already Brudair has seen many of his newcomers flourish.

“Some are coming on a pile and that’s great. We have had brilliant attendance at training with numbers in mid-30s and into the 40’s.”

Limerick’s opening to the league has seen them with one win and one defeat and all still to play for.

The manager has stressed the importance of getting a victory for confidence.

“Everyone was buzzing this Tuesday,” he said.

“We know we left two points behind us last week in Sligo and we were very conscious of that - we were disappointed that we missed so many chances we wanted to get this win today,” he said after the Longford win.

“It would have been very hard to have two losses after all the work we have put in over the last few weeks - we should have won against Sligo, so to lose twice would have been a disaster to be honest,” said Brudair.

“The character shown today was great and maybe we should have been a few more points up at half time - we are trying to improve things and do things right and today that worked.”

Even when Limerick came under pressure, Brudair saw positives.

“Lads were properly concentrated and they didn’t panic,” he recalled of just after half time.

“We are trying to encourage positivity in terms of how we play - you can go back into your shell and play defensive but a lot of times you have to open up and say we have good forwards, why not use them?”

While Limerick are anxious to blood new players, Brudair is also aware of the value of experience.

“I thought Johnny McCarthy was excellent back there and Paudie (Browne) used the short kick-outs very well and Mark (O’Riodan) played like Mark can play and we were hoping that his form would turn and it has taken time to get the bit between his teeth but that has happened and it’s great,” said the manager.