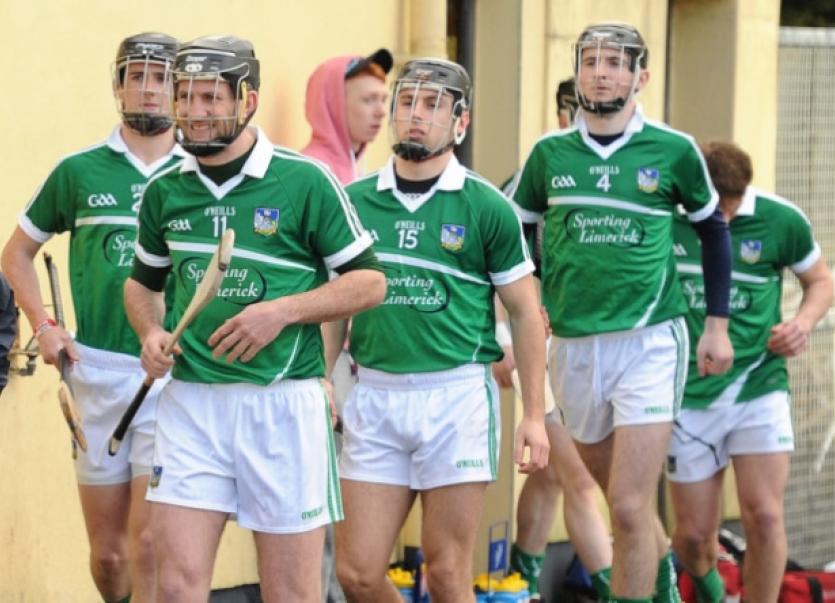 LIMERICK embark on a fourth successive year outside the elite of league hurling this Saturday.

LIMERICK embark on a fourth successive year outside the elite of league hurling this Saturday.

The Munster championship win of last July shows that league status is not detrimental to success during the summer.

Limerick hurling is on the rise - the seniors made progress during 2013, the minors made progress in 2013 and the up-coming derby games in the Harty Cup and Fitzgibbon Cup all point to positives.

But, the months of February, March and April are doing little to raise the profile of hurling in Limerick with home league games against Antrim and Wexford, rather than some of the ‘big guns’ like Kilkenny, Clare, Tipperary and Galway.

Crowds will be small and atmosphere nonexistent.

So getting back to Division 1A is important.

To accomplish that Limerick pretty much have to beat Cork this Saturday night - that’s because there is no final in Division 1B this season and only the team that finishes top of the group will be promoted.

Another change to the format is that the top four teams in Division 1B will qualify for the quarter-finals of the league proper.

So regardless of the promotion challenge Limerick will almost certainly be in the last eight on March 30.

This Monday, joint-Limerick manager TJ Ryan was in Croke Park at the launch of the National League.

The Garryspillane man dismissed any disadvantage to playing in the second tier.

“No complaints - there are no easy games anymore in either Division 1A or 1B and we’re starting this weekend with a visit to Cork against the All-Ireland finalists of 2013,” Ryan told the media.

“In 1B this year there’s only one team that gets promoted so it is a very big game,” he accepted.

Despite the importance of the opening round game, Ryan, joint-manager Donal O’Grady and selectors Paul Beary and Mark Lyons have resisted temptation to rush back the Na Piarsaigh players.

“Those guys need a break. So they will be getting a couple of weeks off. You’ve got to be fair to them from a player welfare point of view, trying to hurl all the way through (without a break) wouldn’t be good. They’ll be out until the middle of the league we’ll probably give them three or four weeks off,” stated Ryan.

“We don’t have Seamus Hickey and Declan Hannon, they’re both out injured and will miss the entire league. Niall Moran has retired, that’s three forwards. Seamus did his cruciate against Clare last year (All-Ireland semi-final loss), he’s still out. Declan had a small operation on his leg before Christmas. The knockout stages might be a target for Declan if we get to them. The quarter-finals are March 30. Seamus’s injury is a serious one. It’s a slow burner. We’ll get it right and give him every chance.”

The absence of three forwards will ensure some new faces in the coming weeks.

Back from persistent injuries, Conor Allis looks to be one that could prosper with a chance. His free-taking ability is another plus for the Croom man.

With no Hannon or Dowling, another free-taking option could be John Fitzgibbon.

The Adare man is one of 13 new players included in the current panel of 39-players.

Other forwards that could get game time are Tommy Quaid, Darragh O’Donovan, William Hickey, Micheal Ryan and Thomas O’Brien, among others.

Limerick’s defence appears stable and all six are available for selection.

No doubt management will look to make changes and those in line for roles are Mark Carmody, Richie English, Philip O’Loughlin and Cathal McNamara.

Limerick travel to Cork this Saturday and then the following Sunday have their first home game when Antrim come to the Gaelic Grounds.

Then on March 7 there is a double-header planned for the Gaelic Grounds with Wexford the opposition for the hurlers and footballers.

If Limerick can win in Cork, those games will have an added interest as the promotion challenge gathers pace. Lose in Cork and it will pretty much be a league quarter final spot on offer.