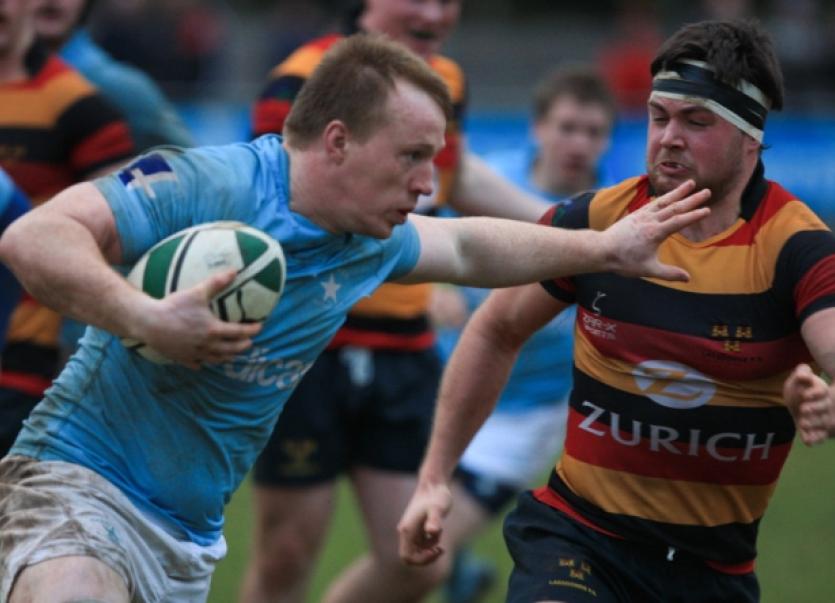 GARRYOWEN’S relegation worries have deepened in Division 1A of the AIL after the Dooradoyle side suffered a disapponting 35-10 defeat at the hands of holders Lansdowne at Dooradoyle on Saturday.

GARRYOWEN’S relegation worries have deepened in Division 1A of the AIL after the Dooradoyle side suffered a disapponting 35-10 defeat at the hands of holders Lansdowne at Dooradoyle on Saturday.

Garryowen remain rooted to the foot of the 1A table, after failing to win any of their seven opening League fixtures. The ‘light blues’, who shipped five tries on Saturday, have slipped seven points behind second-from-bottom Ballynahinch and are also 10 points adrfit of St Mary’s Collegeo who occupy the relegation play-off berth.

Young Munster’s AIL title aspirations were dented significantly when the Greenfields side suffered a disappointing 46-28 defeat to 1A table toppers Clontarf at Castle Avenue.

Fifth-placed Munsters’ now find themselves eight points adrift of leaders ‘Tarf after shipping six tries against their hosts in Dublin.

John Staunton’s side trailed by just four points at half-time, 9-13, and managed three tries of their own, through Derry O’Connor, with two, and Tom Goggin. The recently returned Willie Staunton also kicked 13 points.

Munsters’ complete their pre-Christmas programme of fixtures with a crucial home tie against third-placed UCD at Clifford Park on Saturday.

In Division 1B, UL-Bohemian picked up a precious try bonus point in their impressive 29-13 away win over Dungannon.

The success takes Colm Tucker’s side up to fourth place in the table.

Limerick’s second representatives in 1B, Shannon, lie in sixth place in the table after securing a gritty 13-9 win over Belfast harlequins at Thomond Park.

In Division 2A, Old Crescent recorded just their second win of the campaign with a 19-8 success over Seapoint at Rosbrien to move clear of the drop zone.

Crescent scored three tries through Larry Hanly and Alan Bennie as well as a pushover try. Kevin Meade and Shane Mulally added a conversion each.

Bruff are still searching for a first win in 2A, however, after suffering a 29-19 defeat to leaders City of Derry at Kilballyowen Park.

Meanwhile, it was an excellent day for Limerick’s two sides in Division 2B.

Thomond are up to third in the table, five points off pacesetters Nenagh Ormond, thanks to a gritty 27-14 bonus point victory away to Boyne.

Thomond recovered from falling 14-0 down in the opening half to record an impressive victory.

Richmond moved up to 13th place after picking up their second win in a 25-19 home success over DLSP.

John Deegan was among the try-scorers for Richmond, while Darragh Clancy was in fine goal-kicking form.