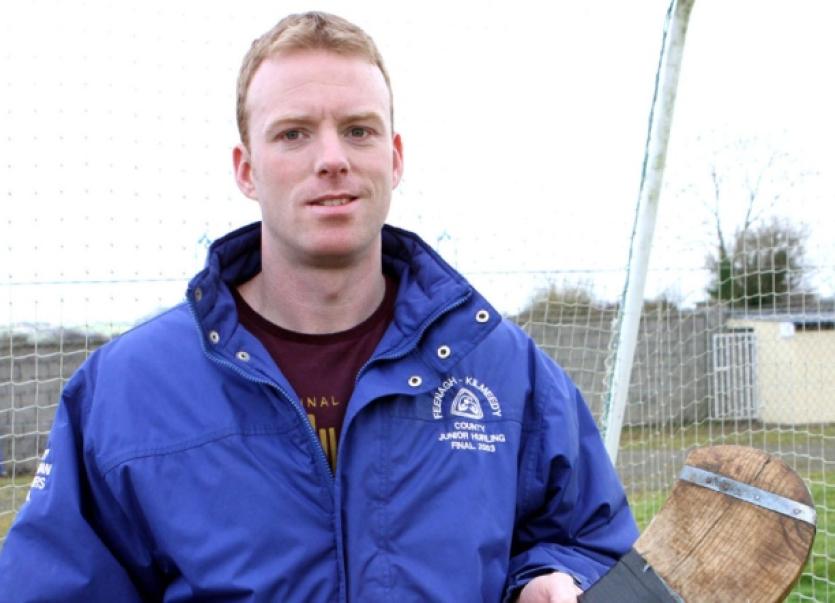 WHEN Feenagh-Kilmeedy’s Liam Murphy and fiancé, Norma Hegarty set December 6 as the date for their wedding, a clash with hurling was never a consideration.

WHEN Feenagh-Kilmeedy’s Liam Murphy and fiancé, Norma Hegarty set December 6 as the date for their wedding, a clash with hurling was never a consideration.

But that’s just what has transpired for the full back as Feenagh-Kilmeedy play Waterford’s Ballysaggart in Sunday’s Munster JAHC final in Mallow at 3.15.

“When we booked it I can tell you hurling in December was never a thought,” joked Murphy this week.

“It’s fabulous for myself to get married on Friday and then play a Munster final on Sunday. Maybe it’s is not so fabulous for herself but by now she knows how much hurling means to me,” he explained.

This Friday, the couple get married in West Cork’s Drinagh with the reception afterwards in Bantry. Less than 48-hours later the Munster final takes place in Mallow and then on Monday they jet out to South Africa on honeymoon.

“This is massive for the club - the buzz in unreal. I think Mallow will be a sea of blue and white.”

The wedding has actually fallen at the perfect time for a number of club stalwarts.

“My two brothers Shane and Kevin are coming home from abroad for the wedding so now they just to see the final as well. It would be great to win it for lads like that, who hurled with us for years.”

Another returning for the wedding is last year’s captain Mossie O’Sullivan.

“He went to New Zealand at the start of the year and to have him around to see the match will be great.”

Murphy is one of those who remains from the 2003 county JAHC winning side.

“I’m hurling about 15 years at adult level. Ten years ago we lost to Dromina but this time round we put some effort into Munster,” said Murphy, who travelled home from Cork for training and games all season.