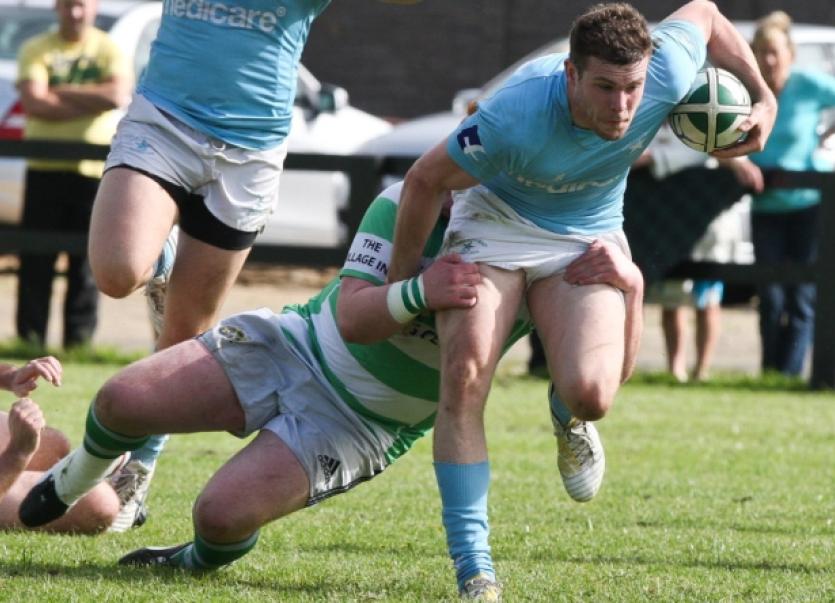 GARRYOWEN flexed their muscles ahead of next weekend’s start of the All-Ireland League with a 70-10 rout newly promoted Richmond in their ODM Munster Senior Cup first round tie played at Canal Bank on Saturday.

GARRYOWEN flexed their muscles ahead of next weekend’s start of the All-Ireland League with a 70-10 rout newly promoted Richmond in their ODM Munster Senior Cup first round tie played at Canal Bank on Saturday.

Garryowen blitzed their out classed opponents from the first whistle, scoring 11 tries in all, with winger James McInerney helping himself to four touchdowns, while back-row forward Anthony Kavanagh bagged a brace late on and Munster star Barry O’Mahony also nipped in for a five-pointer.

On the back of their shock early exit from the Limerick Charity Cup, the ‘light blues’ will have been determined to put in a big performance, especially with their opening AIL 1A clash against Dolphin now just under a week away.

However, it is unlikely head coach Tom Tierney will have learned too much about his charges from this facile win recorded on a balmy, warm autumn afternoon.

The heavy nature of the defeat will have done nothing for Richmond’s confidence as they switch their focus to their return to AIL ranks, with an away Division 2B tie against Boyne on Saturday next.

Richmond are, however, unlikely to come up against too many sides as clinical, ruthless and physically dominant as Garryowen were on Saturday upon their return to the AIL over the coming months.

Former Ireland scrum half Tierney said: “It is great to be back here. Tom Cusack brought me down here to play when I was about 10. They are in great shape now and it is great to see them back senior again.

“We were expecting a big, big test and we were taking no chances. We were very, very respectful to Richmond.

“I know how good a club they are and what quality players they have. We came down here with the focus of doing a professional job and getting the win to move on.

“There are plenty of areas we need to work on which is great. Hopefully, we will be ready for Dolphin on Saturday in the AIL.”