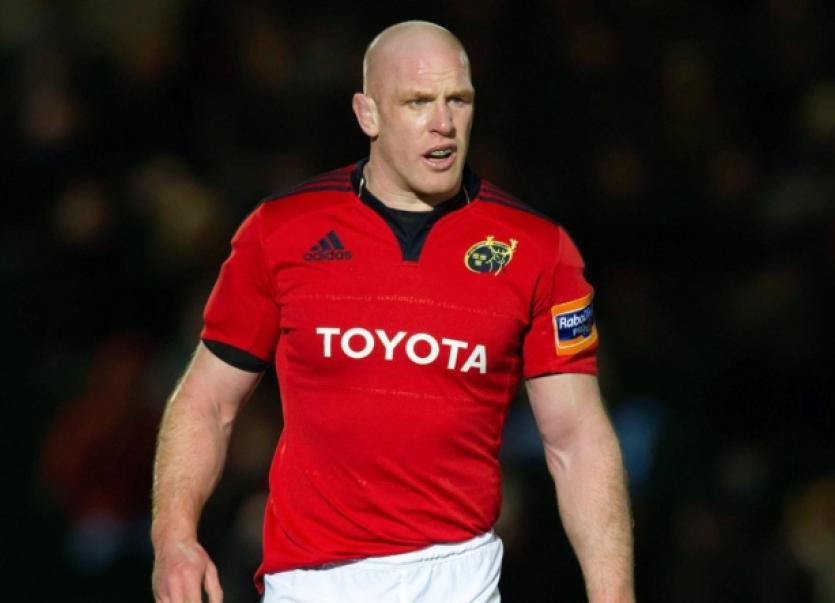 MUNSTER are hopeful that Paul O’Connell can return to action for Saturday week’s big RaboDirect PRO12 game against Leinster in Thomond Park.

MUNSTER are hopeful that Paul O’Connell can return to action for Saturday week’s big RaboDirect PRO12 game against Leinster in Thomond Park.

However, in a new injury blow for Munster, scrum-half Conor Murray is set to miss this Saturday’s RaboDirect PRO12 game with Dragons at Musgrave Park (6.45pm) after sustaining a toe injury while taking part in an Irish training camp at Carton House in recent days.

Paul O’Connell has not seen competitive action since breaking a bone in his arm while playing for the Lions in the first Test with Australia in June. News of his imminent return to full fitness is a major boost for Munster with the Leinster PRO12 clash with Leinster on October 5 followed by Heineken Cup ties against Edinburgh and Gloucester.

Munster coach Rob Penney said at UL this Tuesday: “Paul (O’Connell) is not far away. He will get another training session in on Thursday. He will have a weights session and a little bit of light rugby stuff tomorrow (Wednesday) on the back of the national camp stuff he did over the weekend. He could easily be coming into the frame very quickly.”

However, fellow Lion Conor Murray was wearing ‘moon boot’ at training after picking up a foot injury at the two-day Irish squad session.

Penney said: “Conor Murray came out of national camp with a little aggravated toe injury so they have put him in a moon boot when they sent him home. We are just working our way through the ramifications of that, but it doesn’t look like he is going to be available this weekend.

“A moon boot just keeps everything locked up and so minimises the movement within the joints.

“BJ Botha is making good improvement. Hopefully, he will be back into some rugby next week and not far away.

Munster will look to bounce back from their disappointing defeat to Treviso in Italy last Friday night when they surrendered a commanding 19-9 lead before losing 29-19. Penney’s men picked up four yellow cards in that game.