How the Munster players rated in the win over Dragons 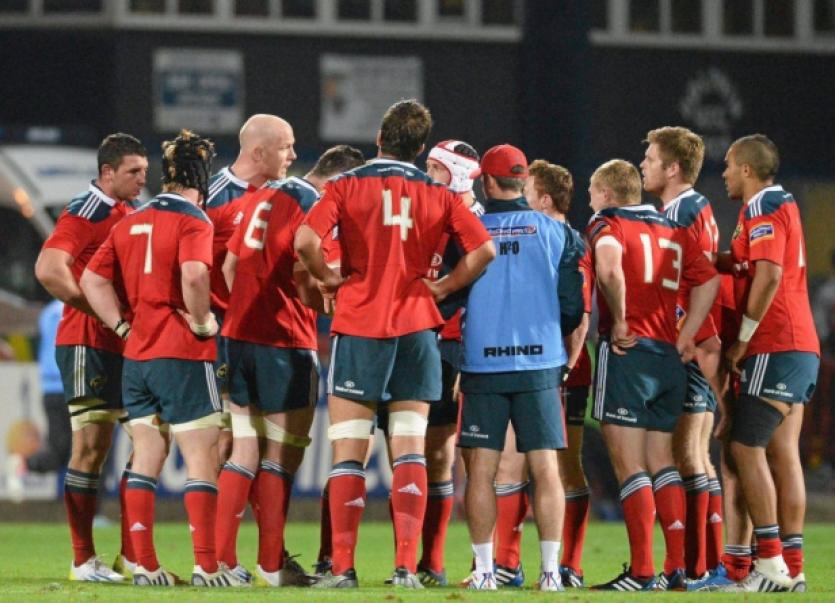 Colm Kinsella rates the Munster players after their win over Dragons in Musgrave Park on Saturday night.

Colm Kinsella rates the Munster players after their win over Dragons in Musgrave Park on Saturday night.

Showing the benefit of an injury-free pre-season, unlike 12 months ago. Turned in another solid display here, but has he done enough to earn a start against Leinster and in the Heineken Cup?

Back in action after tweaking his groin against Zebre two weeks ago and determined to impress with marquee PRO12 and Heineken Cup games to come. Competent performance and will benefit from the game time.

Made his pitch to play in the centre last season, before conceding he was happy to play wherever selected. Showed plenty of sparkle and dash here.

The 26-year-old has been given a chance to stake a claim, by starting three of the four opening PRO12 games. Carried well for James Cronin’s first half try.

The winger with the ‘X factor’ and sure to be a key player for Munster’s PRO12 tie with Leinster and subsequent Heineken Cup assignments. Still working his way back to full throttle after Lions tour.

The 21-year-old is providing keen competition for the 10 shirt. Kicked his goals well, but appears to be behind Keatley in pecking order ahead of crucial PRO12 and Heineken Cup assignments.

Vying with Duncan Williams for the place on the replacements bench for the upcoming tie with Leinster and the two Heineken Cup fixtures, assuming Conor Murray is available to play. Another competent display here.

Such has the 22-year-old’s impact been through early season, that he was named in Munster’s Heineken Cup squad. Capped another eye-catching performance here from the dynamic prop and bagged a well-taken first half try.

In a titanic battle with Mike Sherry for the number two shirt for the upcoming glamour fixtures. On his 100th appearance for Munster, Varley boasted a100% record in the line-out with Munster winning 10 from 10 on his throws.

Hugely promising prop, who has been featuring at tighthead with BJ Botha’s unfortunate injury. Strong scrummager and carries effectively. The Munster management team will have no worries about starting Ryan in crucial upcoming games should Botha be ruled out.

With Donnacha Ryan not involved against the Dragons, O’Callaghan had a chance to stake a claim for selection alongside the fit-again Paul O’Connell’s in Munster’s engine room. Got through a huge work-load here.

The 25-year-old, in his third appearance of the season, did brilliantly to disrupt the Dragons line-out in the 34th minute, forcing the turnover of possession which led to James Cronin’s try. Solid display overall.

The skipper returned to competitive action against Treviso and was even more influential here in a Man of the Match display. Sold neat dummy in lead-up to scoring second half try.

The 23-year-old flanker was rewarded for an explosive start to last season when selected for the opening rounds of the Heineken Cup. Another solid performance here, but has he done enough to start against Leinster?

Looking to build on his try-scoring exploits against Zebre, Butler impressed in a dominant Munster back-row. Will hope to have done enough to be involved against Leinster and in the upcoming Heineken Cup fixtures.

Received a huge ovation from the Musgrave Park crowd when introduced in the 51st minute. Showed his enthusiasm by popping up on the wing to collect a crossfield kick. Return is a big boost to the squad.

Despite the stiff competition being provided by James Cronin, Kilcoyne is a firm favourite to start for Munster in the marquee fixtures over the next three weekends. Showed up well when introduced here.

Despite the impressive showing of John Ryan, Archer looks well placed to start next weekend’s PRO12 match with Leinster, should BJ Botha not make it back from injury in time.

Made his first appearance for Munster since April here after being introduced for Johne Murphy just after the hour mark. Will hope for an injury-free run now having undergone shoulder surgery during the summer.

Replaced JJ Hanrahan after 62 minutes and looks the more likely to start next weekend’s PRO12 clash with Leinster. Will need to maintain high standards with Hanrahan biting away at his heels, however.