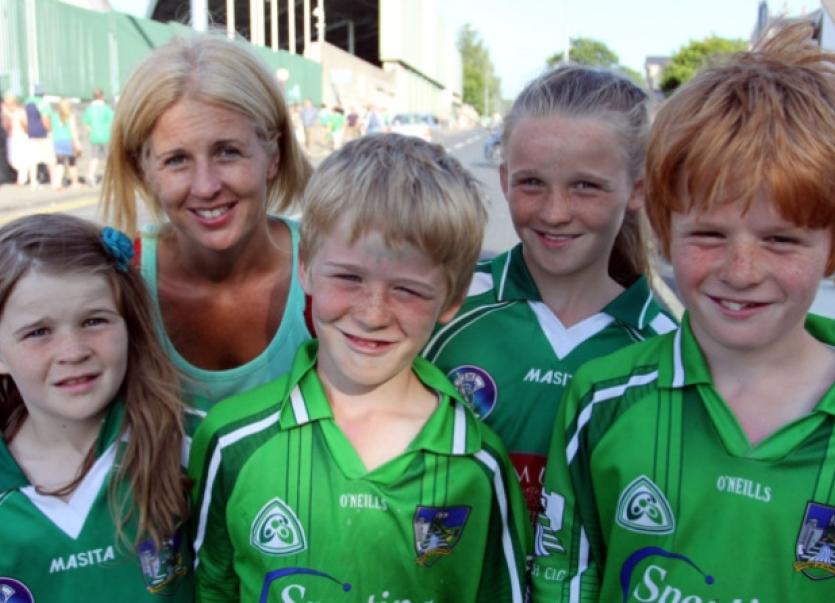 Twitter was alive with Limerick celebratory tweets after the game on Sunday. Here we pick out some of the best of them.

Twitter was alive with Limerick celebratory tweets after the game on Sunday. Here we pick out some of the best of them.

“14th July 2013 - will never forget this day! A pleasure to hurl with an incredible bunch and to have worn the green with pride #luimneachabu”

Stephen Walsh played a key role at corner-back and enjoyed every minute of it. Here’s hoping he has many more great days

“Very proud for Limerick hurling ... Dreams do come true when you work hard and believe”

“Congratulations to the Limerick hurlers and well done to all the supporters. Magic scenes”

The Twitter account of Hermitage Green, a well-renowned Limerick band of good rugby stock, joined the celebrations as well

“Officially a Bank Holiday in Limerick on Monday. Well for about 30,000 people anyway”

“Pleasure to be in Limerick yesterday. Been a long time since I witnessed scenes like this in a Munster final”

The RTE sports reporter, who’s married to a Limerickman, really enjoyed being in the Gaelic Grounds on Sunday

Maria McGrath, girlfriend of Limerick corner-back Tom Condon, sums up the mood of a county as that winning feeling shows no signs of disappearing

“This is what it’s all about #winning #limerickabu”

And Condon himself takes to Twitter - just like on the field, he keeps it simple but very effective

“I have witnessed Gary, Ciaran and now Dodge lift the Munster cup. No need for surnames #legends”

Henry Martin wrote the book on the Unlimited Heartbreak of Limerick Hurling so he really enjoys the good days. He’ll be hoping to be in Croke Park in September to cheer Limerick on too

“Well done Limerick! A city and a county with a proud hurling tradition back where they belong feasting at the top table #GAA”

Niall McGarry, owner of the popular Joe.ie website, heaps praise on the Limerick hurlers and on the county’s great tradition

“Having watched Limerick fans suffer so much over the years, great to see so many happy faces today at full time”

Declan Long saw the disappointment at close quarters for too many years. Now one great day makes up for so much

“You know what’s a great feeling? Telling people I’ll see them in Croker”

“Working tonight was insane tough. The crowds in the pub I’ll never see the like of again. They literally drank us dry”