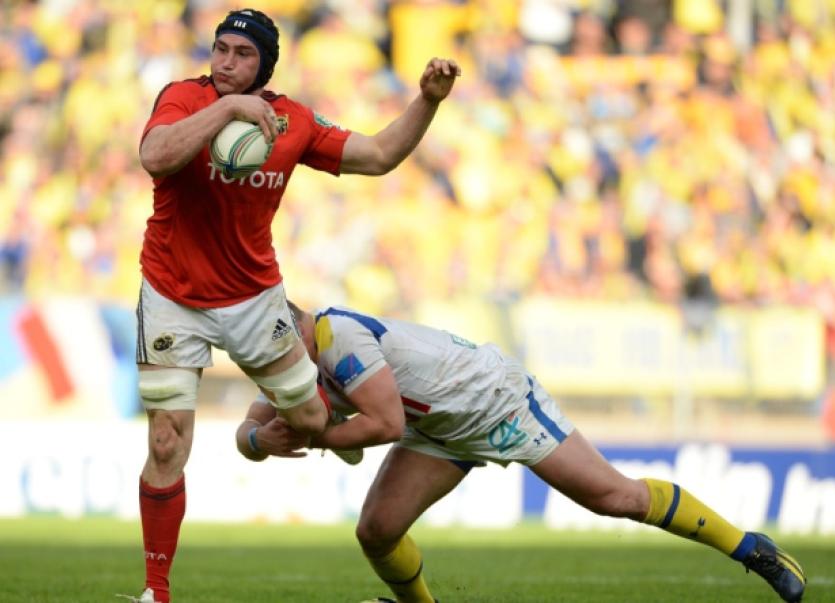 MUNSTER’S new winger Andrew Conway has joined up with team-mates for the first time this week to begin pre-season training.

MUNSTER’S new winger Andrew Conway has joined up with team-mates for the first time this week to begin pre-season training.

Former Leinster star Conway and Munster’s internationals, including players from Ireland’s North America tour and the Emerging Ireland squad, joined their colleagues in Cork on Monday for the first day of their pre-season training.

The squad then came together for their field session which included skills and conditioning drills.

Behind the scenes, Munster team manager Niall O’Donovan is busy managing player movement over the summer months, organising the lead up to the pre-season games and planning for the season ahead.

O’Donovan said: “The players are dripping back.

“The first lot coming back two weeks ago, the internationals returned this Monday and it will be a few weeks before the Lions return then.

“So it’s just a matter of coordinating everything for them, and there’s a lot of activity outside of training with summer camps, the Munster Rugby Talent Camp in Rockwell and sponsorship obligations.

“We went to La Rochelle the last two seasons and that was great and worked well, but we are staying here this year and putting plans in place for the next few weeks.

“We hope to spend a bit more time around the community with our support base over the next month and hopefully the people around the province will get to see the players a bit more than they would normally.”

Meanwhile, Paul O’Connell made a quick turn around from his weekend stag to perform the official launch for the adidas Munster Rugby kit launch for 2013/14.

The new kit includes a home jersey and new alternate jersey and the full range will be available in Life Style Sports stores nationwide and online from August 23.

adidas and Munster will be running a unique competition for supporters over the coming weeks with an array of prizes on offer. Further details will be available from the Munster website at www.munsterrugby.ie