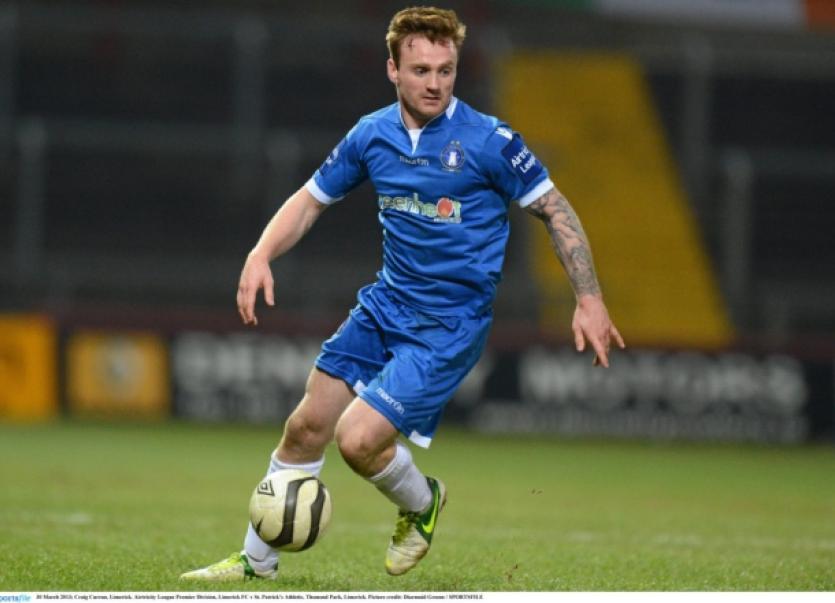 LIMERICK FC manager Stuart Taylor is hoping the club can entice a share of the county’s hurling supporters to become regular attendees at their Airtricity League games.

LIMERICK FC manager Stuart Taylor is hoping the club can entice a share of the county’s hurling supporters to become regular attendees at their Airtricity League games.

Scottish-born Taylor attended Limerick’s stirring Munster Senior hurling final win over Cork on Sunday and was impressed by the level of support John Allen’s side enjoyed.

Taylor’s charges are this week preparing for a crucial Premier Division clash with basement side Shelbourne at Tolka Park this Friday night at 8pm.

Stuart Taylor said: “I was at the Munster final on Sunday. I thought it was great.

“I hope we could potentially achieve that crowd. What I thought was great was the amount of green jerseys which were on display. The fans were not just turning up in their normal gear. That is a support financially to the GAA. It helps bring more money in.

“I thought vocally the support was fantastic. I told the boys from the UK and Axel Bossekota how passionate the supporters are in the city for sport, with the rugby, hurling and Gaelic.

“I told them that if we put a team on the park which can entertain, we will get big crowds coming to see us play as well.

“Hopefully, we have shown a little bit of what is to come in the future .

“If we can get a percentage of the support which went to see the Limerick hurlers the other day, it will help bring success in the club.”

“It will be a tough test against Shels,” Taylor said. “I went to see them last week against Cork and they got the three points.

“In the second half, they showed a lot of fighting spirit and deservedly got three points from the game.

“We know we will be in for an extremely difficult game and probably the most difficult game we have had over the past couple of weeks without being disrespectful to the other ones.

“We need to make sure the players are up for it, which they will be.”

Taylor said the club was talking to a ‘few potential signings’ at this time.