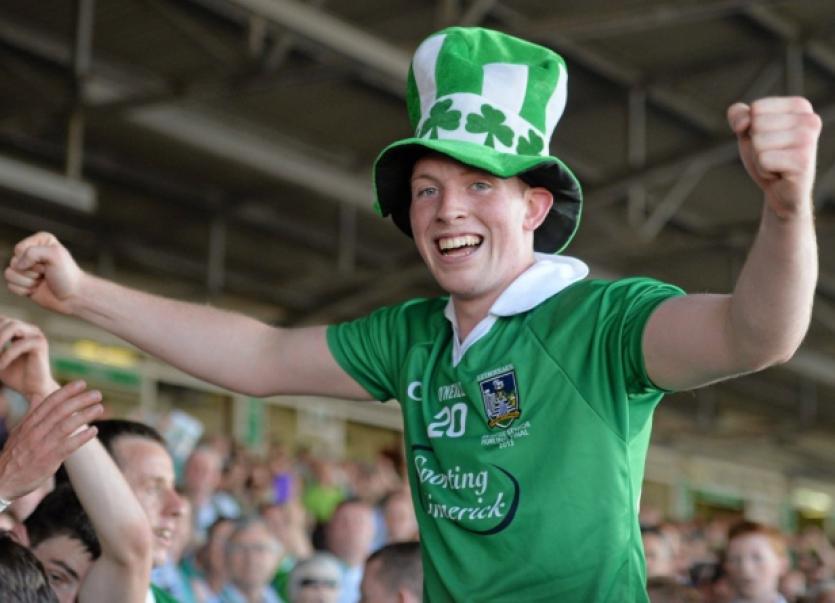 IN 2007 when Limerick defeated Tipperary after an epic trilogy, a 14-year-old Shane Dowling raced onto the field from the terrace.

IN 2007 when Limerick defeated Tipperary after an epic trilogy, a 14-year-old Shane Dowling raced onto the field from the terrace.

Last Sunday he swapped positions with his heroes of ‘07.

“Putting a ball over the bar in front of a packed Limerick terrace and seeing them all go wild is just brilliant,” he said.

“It’s just unbelievable - it genuinely is what I have dreamed of. I am playing hurling since I was four and I’m 20 years of age and I have been playing hurling for Limerick for two years and I have a Munster medal in my back pocket,” he explained.

“There are lads that played for 12 and 13 years and it was nothing but heartbreak after heartbreak. I think it would be very unfair not to mention some of the greats of the game like Ollie Moran and Andrew O’Shaughnessy and there are loads more,” said Dowling.

“It’s nice to come on and get a few scores. Of course its hard not to start but you got to suck it up and take it with a pinch of salt and make the most of when you come on,” he said.

“About two minutes into the second half I asked Niall Moran what time did it start and he said look up at that clock and when 17.33 comes you will know its nearly up - I hit a point and we went six points up and I looked at the clock and it was 17.31 and while you know you are there or there abouts you can’t stop but of course it was in my mind,” explained Dowling.