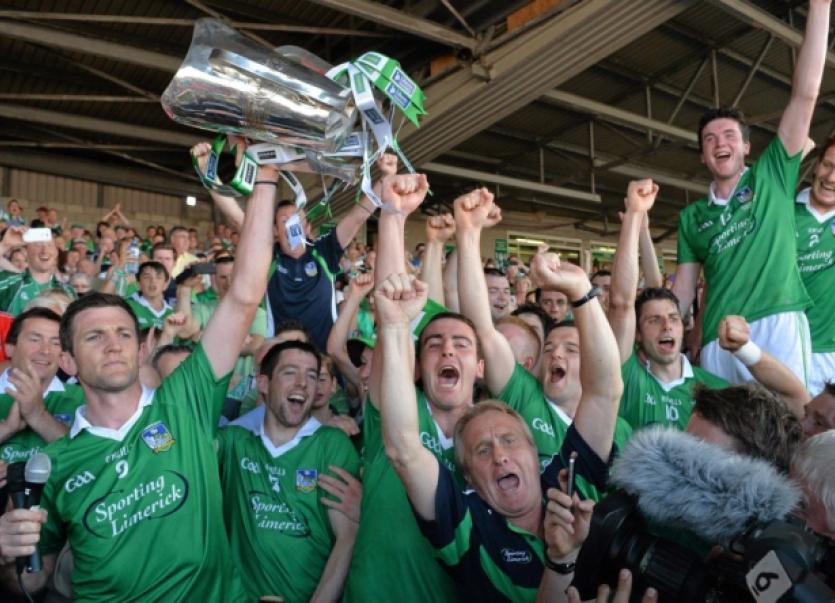 Since Limerick’s win over Cork in the Munster final on Sunday there has been some confusion as to who they’ll play in the all ireland semi-final on August 18.

Since Limerick’s win over Cork in the Munster final on Sunday there has been some confusion as to who they’ll play in the all ireland semi-final on August 18.

They also can’t play Cork as provincial finals can’t be repeated until an all ireland final.

For example if Galway were to beat Clare in their All Ireland quarter-final and Kilkenny were to beat Cork (both games are in Thurles on Sunday week, July 28), then both of those sides would already have played Dublin in this year’s Leinster championship.

However, as the Galway game was in the Leinster final, then Galway couldn’t play Dublin again and would therefore play Limerick. Kilkenny would then play Dublin on August 11.

The All Ireland final is scheduled for Sunday, September 8.

Limerick duo Paudie O’Brien and Conor Allis will be back to full fitness for next month’s All-Ireland hurling semi-final.

Manager John Allen confirmed this Wednesday afternoon that both aren’t long term injury concerns and would be monitored over the coming days.

O’Brien went directly for an X-Ray on Sunday evening after the game but the results showed he hadn’t sustained any broken bones.

This week he was using crutches to speed up the recovery.

Allis was initially based in a protective ankle brace after the final whistle but was walking freely during the week.

Celebrations ended for all on Tuesday and the panel regrouped on Wednesday night for what the manager termed “a recovery and planning session”.

“It’s heads down again and onto the next game,” said Allen.

Limerick have a five week preparation period ahead of the August 18 All-Ireland semi-final.

While the game will take place in Croke Park at 3.30, with a minor semi-final as the curtain-raiser, Limerick’s opponents won’t be confirmed until after the Thurles quarter-final double-header on Sunday June 28.

Tickets for Limerick’s first All-Ireland semi-final since 2009 are already on sale from www.gaa.ie

As of now only the lower tiers of all stands are on sale and the upper tiers will only be opened if demand is sufficiently high.

John Allen is likely to bring his panel to Croke Park to familiarise them with the surroundings ahead of the game.

All were involved in the league game against Dublin this March, but only seven have started a senior hurling championship game in GAA Headquarters.

That game ended in a 6-19 to 2-7 victory for Tipperary on one of Limerick hurling’s darkest days.

If Kilkenny and Galway win

If Kilkenny and Clare win

If Cork and Galway win

If Cork and Clare win