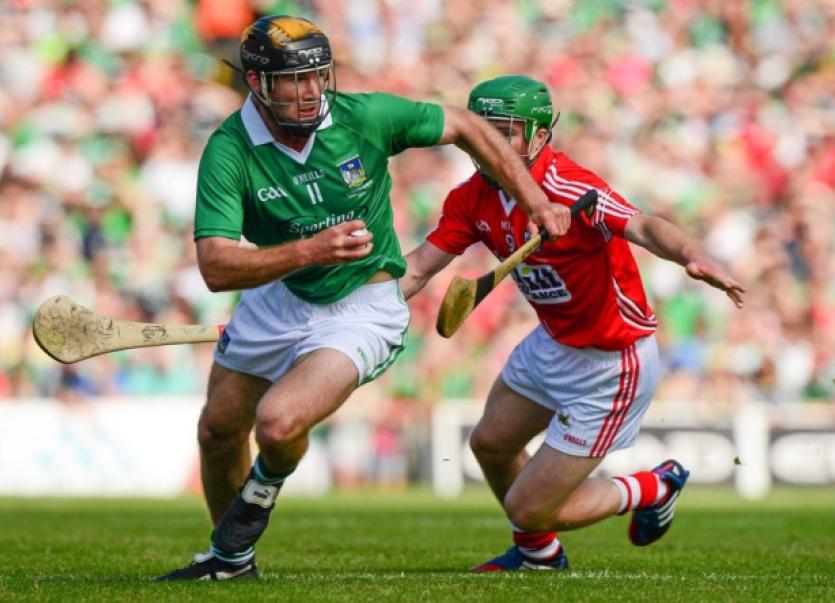 THE celebrations were still continuing out on the Gaelic Grounds pitch but already the thoughts of James Ryan were turning to Croke Park.

THE celebrations were still continuing out on the Gaelic Grounds pitch but already the thoughts of James Ryan were turning to Croke Park.

“We were in unknown territory and we need to make sure we are not sitting ducks for the next day,” said the Garryspillane man, who was the Matthew Stephens-sponsored Limerick Leader Man of the Match.

“It’s all new to us so we will keep our heads down and stay focused,” he stressed.

Wise words from Ryan, who had minutes earlier produced one of his best displays in a Limerick shirt.

“Today was one of those days that the ball broke for me around centre forward and I was in space. I could have got four or five (points) but I got three and I’m happy enough with that,” he recalled.

He added: “I wouldn’t be known for scoring - my role is nearly working like a third midfielder so when I score I know it lifts everyone.

“It’s beyond belief - I have been thinking about this for the last five weeks and the hardest thing was the build-up, I woke up today and said finally it’s the game,” he explained.

“It felt like the game was over about five minutes before and there was a parade going around the field with the crowd coming in - it’s exactly the same as I would dream it, with the fans coming on,” said Ryan.

An increase in second half work-rate was also key.

“We were very happy with the scores we got in the first half but we felt we could work a bit harder and with some of the ball coming out of defence, we weren’t working hard enough as a unit - we knew we could work harder.”

The use of the extra man was another key decision.

“Richie McCarthy is the best to read the game and we said that all had to work together and get the communication right. Physchologically itwas great up in the forwards when the backs came out with the ball and hit is down to the wing - our spare man always seem to be in the right place at the right time.”