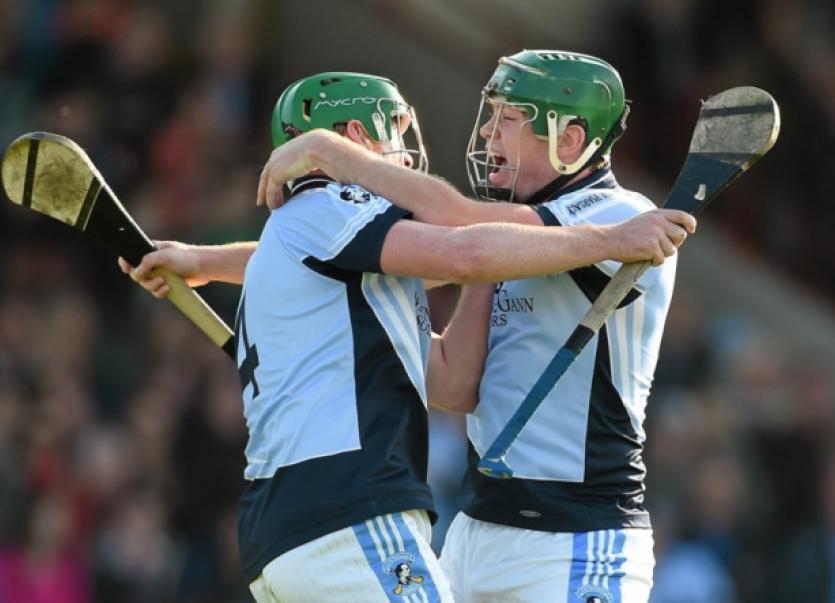 NA Piarsaigh won their third Limerick SHC title after they beat Patrickswell by a point in a thrilling final at the Gaelic Grounds on Sunday.

NA Piarsaigh won their third Limerick SHC title after they beat Patrickswell by a point in a thrilling final at the Gaelic Grounds on Sunday.

Shane Dowling’s free with just five seconds left in regular time proved to be the decisive score in what was an absolute belter of a game.

A goal from man of the match Kevin Downes helped Na Piarsaigh to a 1-11 to 2-7 lead at the break, Patrickswell’s goals coming from Kevin and Tommy O’Brien.

But the Well took the initiative early in the second half and two brilliantly struck penalties from Diarmaid Byrnes put them into a 4-7 to 1-13 lead.

Na Piarsaigh weathered the storm, however, and inspired by Downes and Peter Casey a string of points got them back on level terms. A Byrnes free gave Patrickswell the lead late on but Will O’Donoghue tied things up again before Dowling pointed the winner.

- For more on this game, see the Monday and weekend print editions of the Limerick Leader