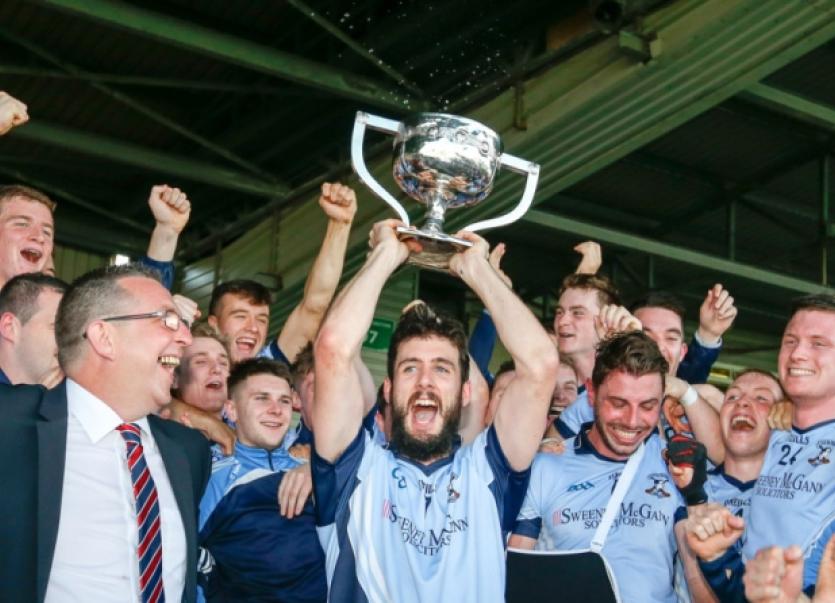 Rugby - O’Mahony out of World Cup with knee injury

Munster captain Peter O’Mahony’s World Cup is over after he sustained a knee ligament injury in Ireland’s 24-9 win over France. Leinster’s Rhys Ruddock has been called into the squad to replace O’Mahony. There has still been no news on the extent of Irish captain Paul O’Connell’s injury but given the way he left the pitch on Sunday, it seems likely that his Irish career is sadly at an end.

Soccer - Faherty looking for home wins in next two games

In form Limerick FC striker Vinny Faherty is confident that two wins from Limerick’s next two home games will at least earn the Super Blues a relegation playoff place. Faherty hit two goals in their last game against Galway, bringing his total in the Airtricity League Premier Division to 11 goals. Limerick play Derry City at the Markets Field on Saturday, October 17 at 6.30pm.

After a cracking game in the Gaelic Grounds on Sunday it was Shane O’Neill’s Na Piarsiagh side who came out on top over Patrickswell by a single point. Shane Dowling got the winning score with only five seconds remaining in regular time. Kevin Downes hit 1-5 from play in the game and was deservedly given the man of the match award. For all the reaction from the game click here.

It was another busy week in local soccer with the third round of the Munster Junior Cup taking place. There was also one Tuohy Cup game played this week. For a full roundup of all the games played click here.

Ireland’s dream of landing an automatic place in qualifying for Euro 2016 ended last night as Robert Lewandowski’s 42nd minute proved to be a match winner. Focus for Martin O’Neill and his side now switches to a home and away playoff. Ireland could face some stiff opposition in the playoffs with the Netherlands, Turkey, Bosnia-Herzegovina, Ukraine, Slovakia, Croatia, Sweden, Russia and Denmark all potential opponents.