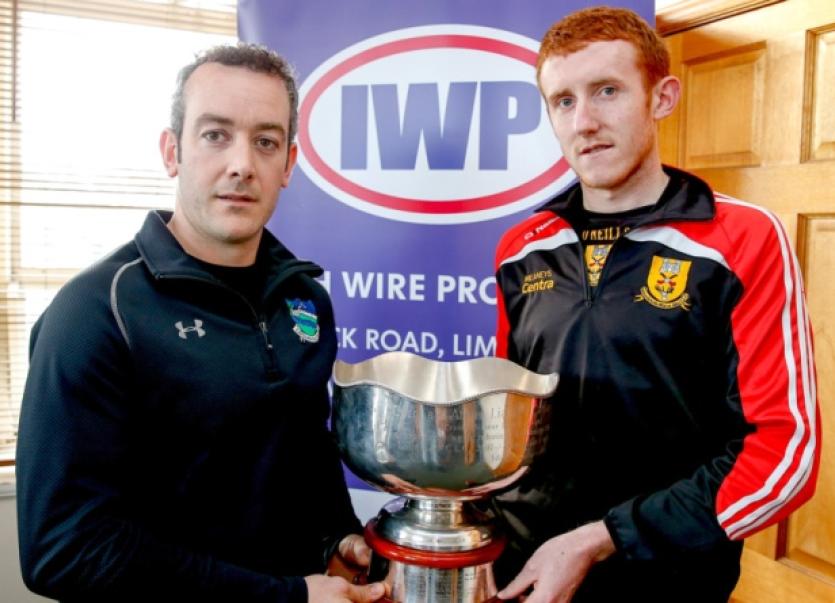 FOR a third time in a decade Dromcollogher-Broadford and Newcastle West collide on county final day.

FOR a third time in a decade Dromcollogher-Broadford and Newcastle West collide on county final day.

The 2015 Limerick SFC final takes place in Kilmallock with a 4.00 start.

Both previous finals have required replays and there is nothing to suggest anything other than another close game in Kilmallock on Sunday.

Ahead of Sunday, the bookies have Drom-Broadford as 4/5 favourites with their opponents listed at 11/8 shots.

While they haven’t met in the Limerick SFC since the final replay of 2012, the sides know eachother inside out. This week in Newcastle West just a couple of door divide Drom-Broadford manager Micheal Reidy and Newcastle West captain Stephen Nix.

The links are huge but on Sunday, all will be put to one side for 60-minutes.

Drom-Broadford chase an eighth crown since 2001, which would see them climb to fourth in the roll of honour alongside Fr Caseys.

It will be the final defeats of 2004 and 2012 that provide much of their motivation for Sunday.

Both finals could have been won but this time round they appear a more rounded unit, one hardened by the pain of defeat and the maturing of their young talent.

Mike Quilligan managed them to the county final defeats in 2011 and 2012 and is this season back at the helm. The addition of coach Anton McFadden could be the missing ingredient. McFadden played with Donegal under Jim McGuinness and appears to have brought much of their tactics to the Newcastle West set-up. The experienced Stephen Kelly was handed a roving role for much of the season and he pulls many of the strings. But key to the magpies charge to the final is that all have stepped forward as leaders this season.

Iain Corbett, Cian Sheehan, Jamie Lee, Mike McMahon and Brian O’Sullivan are can all have big influences on Sunday.

They arrive unbeaten with an ultra tight defence, conceding just five goals in six games. But then again retreating men into defence means they don’t put up big tallies.

2007 apart, Drom-Broadford always perform on county final day. Sunday is there first final without Tom McLoughlin in defence and Newcastle West will have to ask questions of their rearguard. It’s a vastly changed unit and if exploited Mike Quilligan’s could win.