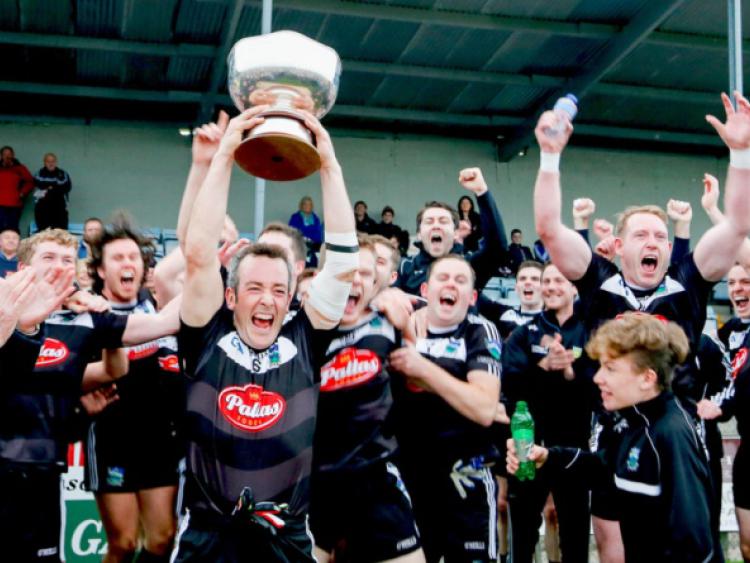 NEWCASTLE West ended a 23 year wait as they were crowned Limerick senior football champions this Sunday afternoon with a 2-10 to 0-9 final win over Dromcollogher-Broadford.

NEWCASTLE West ended a 23 year wait as they were crowned Limerick senior football champions this Sunday afternoon with a 2-10 to 0-9 final win over Dromcollogher-Broadford.

The underdogs led from start to finish in a superb display to end seven points winner in Kilmallock.

They now progress to the Munster club SFC quarter final away to Tipperary’s Clonmel Commercials on November 1.

Champions in 1987 and 1992, Newcastle West blitzed Drom-Broadford in the opening half to lay the foundation for a deserved win for the Mike Quilligan managed side.

They were 1-8 to 0-4 clear at the break with all but one of their scores coming from play. Indeed, they notched 2-9 from play, while their opponents could only manage three points from play over the hour.

The new champions were led by Man of the Match Stephen Kelly, who rolled back the years with a return of 1-3 in the first half to set the tone.

His side were 1-5 to 0-1 clear at the end of the opening quarter with two Seanie Buckley points keeping Drom-Broadford in touch.

Lee and sub Sean McAuliffe kicked their final points to seal a most deserved win with Drom-Broadford unable to break down their defence to register any score in the final 10-minutes.