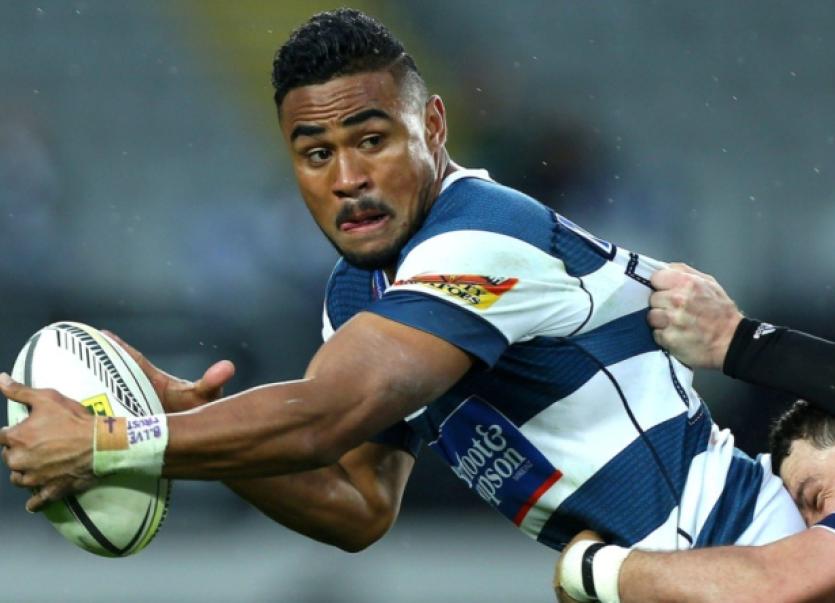 MUNSTER’S latest All-Black signing Francis Saili has joined up with the squad ahead of the province’s upcoming run of three pre-season fixtures.

MUNSTER’S latest All-Black signing Francis Saili has joined up with the squad ahead of the province’s upcoming run of three pre-season fixtures.

Twenty four-year-old Saili, who has won two caps for the All-Blacks, has joined Munster from Super XV side, the Auckland Blues.

Munster head coach Anthony Foley hopes to see the former Blues centre integrate into the squad’s training programme over the next number of weeks.

“We look forward to working with Francis and giving him the time to settle in. I’m sure everyone will be excited to see him run out in the red jersey in the near future.”

Saili has made 42 Super Rugby appearances for the Blues, scoring seven tries.

Saili made his debut for the All Blacks against Argentina in September 2013 at Hamilton, and was part of the New Zealand Under 20 team that won the Junior World Championship in Italy in 2011.

The Munster squad is currently in their sixth week of pre-season and will play their first pre-season fixture against Grenoble in Thomond Park on Friday, August 14.

The focus will then switch to a friendly fixture against Connacht at Thomond Park seven days later, when the Limerick World Club 7s tournament will also be taking centre stage at the venue.