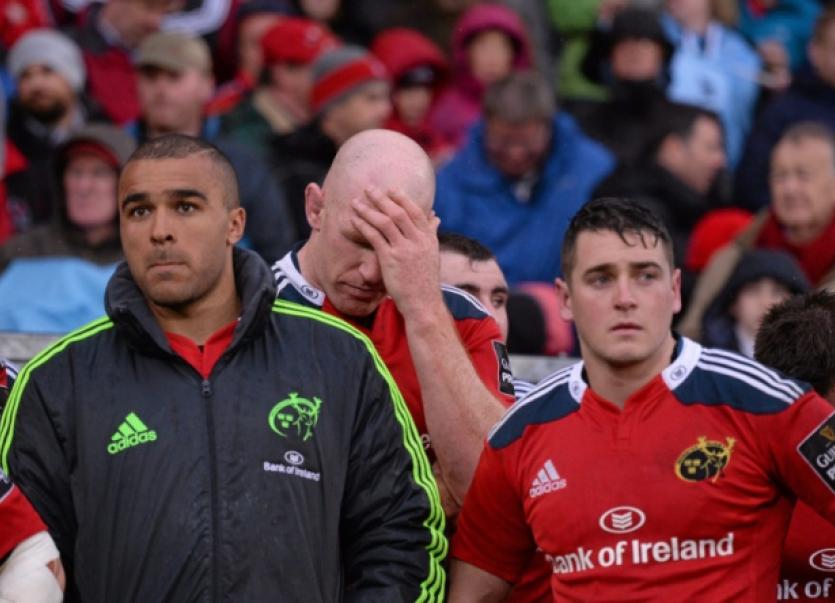 Hurley, who captained Munster against the Warriors in the absence of the injured Peter O’Mahony, said it was crucial the squad ‘kick on’ from the achievement of reaching the PRO12 final under their new coaching team.

Munster’s bid for a fourth PRO12 title - and first since 2011 - was shattered by Glasgow on a 31-13 scoreline at Kingspan Stadium, Belfast on Saturday night.

Hurley said: “We’ve done a lot of growing obviously, new management in. Its been a season of lessons learned. Obviously we’ll take a lot of learning from this. We just got to kick on from here because I think there is a great squad building, a lot of new younger lads are getting game time and they are performing very well and are making good yardages for next season.

“To get to a final has been great for the squad. Obviously, we would have expected a lot more from ourselves, but in fairness Glasgow got on the scoreboard quite early and they are quite a dangerous team and parts of their off-loading game really killed us at times.

“They opened up a lot of space for themselves and their defence was very good on top of that. It was hard to break them down and I think we were chasing the game too early. That’s probably where we lost it.”

Hurley is set to have a new centre partner next season as Munster’s Australian centre Andrew Smith is due to depart the province this summer.

Hurley said: “Andrew (Smith) has come in and done a massive job.

“I’ve gotten on quite well with him on the field and off the field. Lads like that come in and really buy into what we are a bout and slot in seamlessly.

“He’s a quiet enough lad that goes about his business. It’s lads like that you wish them well in the future when they are moving on to other things. I suppose it is disappointing for guys like that.

“We’ve made a final but we haven’t gotten over the last hurdle to really have something to show for it.”