Ger O’Loughlin: Kilmallock are “going up afraid of nothing” 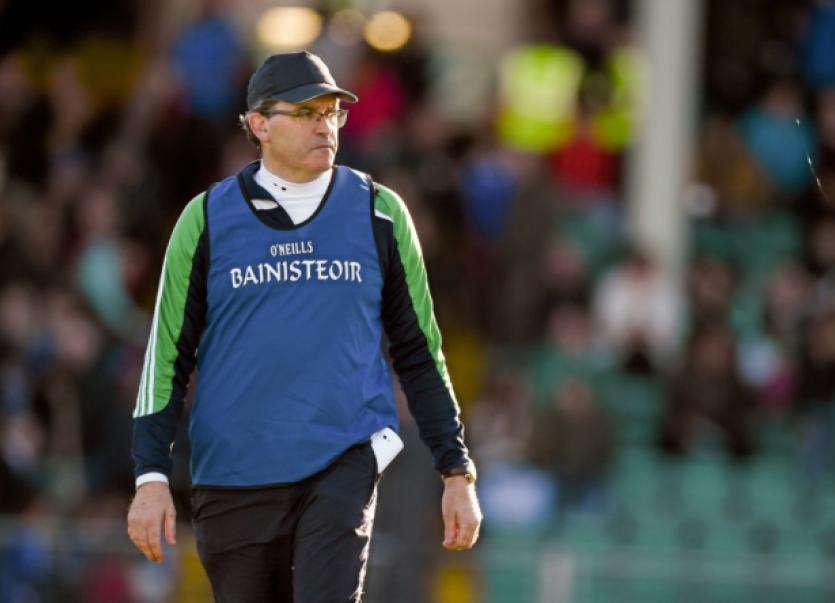 GER O’Loughlin met the Kilmallock players for the first time in January 2014 in the Deebert Hotel.

GER O’Loughlin met the Kilmallock players for the first time in January 2014 in the Deebert Hotel.

It was a meeting where the former Clare All Ireland winner told them what he “thought of them”.

It wasn’t all pretty but the home truths stroke a chord with the players.

The previous September, O’Loughlin was in the Gaelic Grounds to watch the Limerick SHC semi-finals - a day that saw Kilmallock dethroned by Na Piarsaigh and signalled the end of the four year reign of Tony Considine.

Little did O’Loughlin think that he would be guiding the fortunes of Kilmallock the following season.

“I got a call from the lads in probably November and although I was at a loose end I said no firstly and then to be fair to them they rang me out of the blue again and I had a think about it again. I was going to take a break from it because I had been involved since 2005 non-stop but I decided after a week or so that I would give this a go for a year,” recalled O’Loughlin.

“I liked what I saw in Kilmallock in the championship semi-final against Na Piarsaigh - I just thought they lacked a bit of bite that day. I saw a bit of potential to tell the truth and thought it was worth a go for a year. I had come across the lads for the last couple of years and I realised that they could be a serious outfit if they got their act together - I am not a fortune teller in that I could see that we were going to get to an All Ireland club final but I thought if everything was done correct they would be serious.”

O’Loughlin was speaking at the club’s pre All Ireland final media event in the Deebert Hotel - the venue 14-months previous for his introduction to the players.

“When I came down in January we had a meeting and I would have outlined that to them. I told them upfront what I thought of them against Na Piarsaigh in the Gaelic Grounds in the semi-final - they didn’t seem to have any great hunger and I called that up front and they responded. I said to them, going forward, every guy would have to give it 100% and that there would be opportunities for all lads and the fruits of that is that you can pick a team now and there could be two or three changes and it won’t weaken the team and that is a good sign that we have brought on another four or five lads this year.”

Eleven games later, O’Loughlin is loud in praise of the players.

“Everybody is believing in what we are doing and hopefully we have one more step and we are going up afraid of nothing and going to give it a lash,” said the Clare man.

“We have high quality players - when you go through it the likes of Philip O’Loughlin, Bryan O’Sullivan, the two minors in Robbie Hanley and Paddy O’Loughlin, Robbie Egan have all stepped up to the plate and then there are the lads that are around longer like Liam Hurley and Liam Walsh, Eoin Ryan and on a given day they are as good as what is in the country,” outlined O’Loughlin as he spoke of the vital role played by those other than their inter-county quartet.

“This is fantastic - any club would take this from the start of the season. If you thought you would be in an All Ireland club final 13-14 months later, you would take it with both hands and we are absolutely thrilled to be there,” said the manager who was denied a club final appearance when Clarecastle lost out in the semi-final of 1998.

“We have had our ups and downs - we have come out only winning by a point or two in certain matches but that can be a good thing too to scrape though when you haven’t performed to your best and still come out the right side of it. We have been lucky on one or two occasions when we got the bounce of the ball and we have gone to extra time on two occasions and that would tell you how close it is in Munster to try and get out,” he recalled of the route to the club’s third provincial title.

O’Loughlin brought Kilmallock for a familiarisation walk around Croke Park at the end of February.

“Personally I never lost in Croke Park so I am very happy to be going up there again. I have the utmost confidence that Croke Park should suit us - we have a team that will relish the wide open spaces and have forwards that can threaten their backs and that’s what we need to do on the day.”

He added: “I am happy with our preparations that everything is done correctly and its now a case of performing on the day”.

“Its not all going to be hunky-dory - we are going to be under pressure at times and we realise that but we should have the ammunition to be able to confront that and hopefully be able to out score them. It is one that if we go up and are thinking too much about the opposition you could get caught in the headlights - we haven’t really discussed Ballyhale up to now. Obviously we will zone in on their type of play but we are thinking about ourselves and hoping we perform and that’s what we have to do. We have to be able to meet challenge and perform to utmost of our ability and if that is good enough then brilliant.”

He concluded: “We are not underestimating Ballyhale because we they get on top of you and get on a roll they could blow you off the field but we have the confidence in ourselves that that hasn’t happened to date and I don’t see it happening now”.