No All Ireland joy for Limerick’s Kilmallock in club final 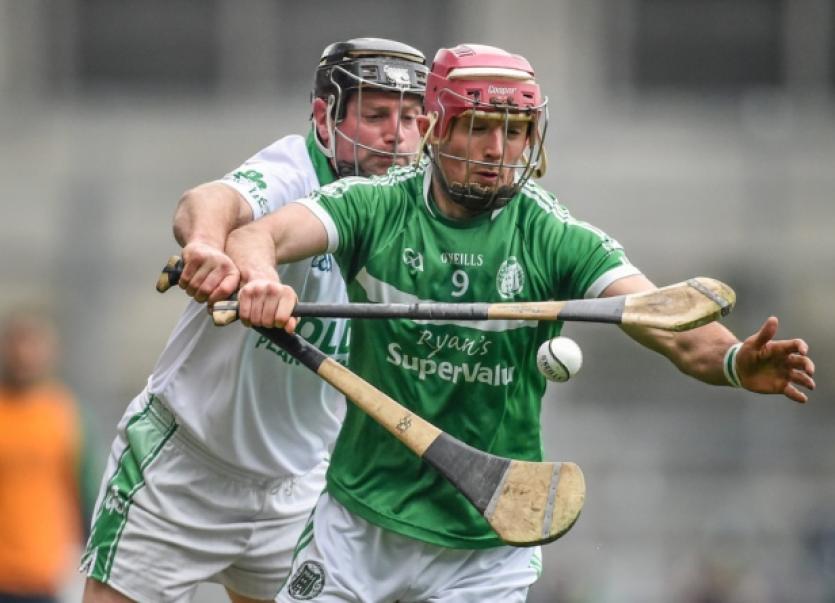 NO All Ireland club history for Kilmallock this St Patricks Day as they lost in Croke Park to Ballyhale Shamrock 1-18 to 1-6.

NO All Ireland club history for Kilmallock this St Patricks Day as they lost in Croke Park to Ballyhale Shamrock 1-18 to 1-6.

In just the fourth ever time a Limerick side contested the decider, Kilmallock were second best to the club championship roll of honour leaders, Ballyhale.

Kilmallock will look back and regret a tally of 15-wides.

But the real story of the opening 30-minutes was the 10 wides struck by Kilmallock, compared to just four for the Kilkenny champions.

Kilmallock brought great intensity from the off and had a Paudie O’[Brien point after just 20-seconds.

But it was to be another 15-minutes before they registered another score.

Crucially they had a goal disallowed in the third minute when a long hanging Jake Mulcahy shot dropped into the net as Kieran Kennelly climbed high with the goalkeeper and full back. However after consultation with his umpires referee James Owens awarded a free out for a square ball.

Boby Alyward, Eoin Reid and Henry Shefflin all had Ballyhale scores as the Shamrocks went 0-4 to 0-1 clear on 14-minutes.

Scores from Robbie Egan and Eoin Ryan (free) had Kilmallock back in the contest on 17-minutes.

However, they were to add just one more score in the half.

That point came from captain Graeme Mulcahy in the 23rd minute to leave it 0-6 to 0-4.

Kilmallock looked in a fine position as they entered the crucial period before half time.

Key to any underdog is not conceding goals at key stages and unfortunately that’s what happened to Ger O’Loughlin’s men.

On 26-minutes Colin Fennelly latched onto a breaking ball from a puckout and soloed goalwards before crashing a great shot to the net.

That sent the teams back under the Cusack Stand at half time with Ballyhale six points up.

Kilmallock needed a good start to the second half but it never came. There was 10-minutes played before they reopened their account with an Eoin Ryan free. By that time Ballyhale had added three points to their account.

Indeed it was 25-minutes into the second half when Kilmallock found their first score from play in the half. The score was Robbie Hanley’s goal when he fired to the net from close range. That had the scoreboard 1-17 to 1-6 and too late for any dramatic fight back.

Ultimately their shooting again let them down with their tally increasing all the time.

They recorded just 1-2 in the entire second half as the dream faded away.