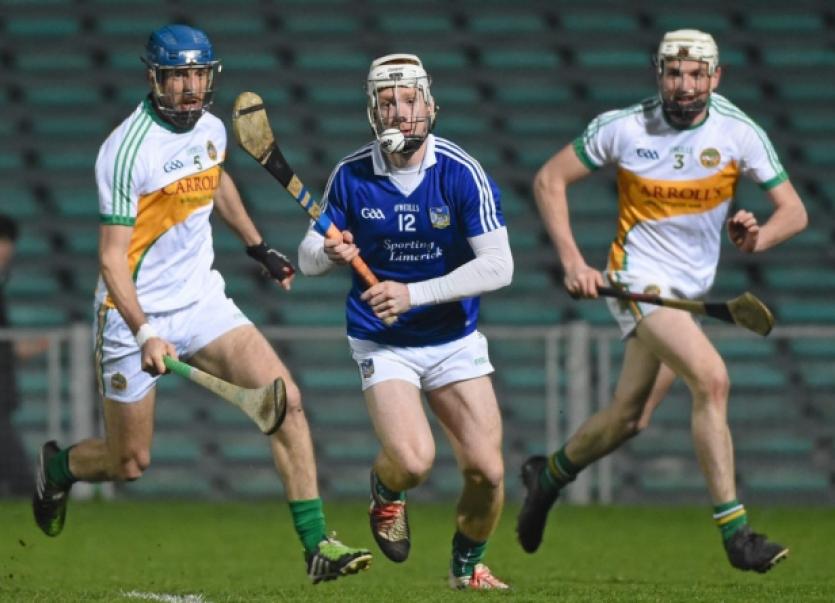 THE Limerick hurlers complete the group stage of Division 1B this Sunday (2.00) against Laois in Kilmallock.

THE Limerick hurlers complete the group stage of Division 1B this Sunday (2.00) against Laois in Kilmallock.

Limerick’s team won’t be named until later in the week but management could opt to give a run out to a number of fringe players.

With four players (Kevin Downes, Wayne McNamara, Tom Condon and Seamus Hickey) carrying knocks, management could opt to give them further recuperation time ahead of the quarter final. Another decision has to be made in relation to the four Kilmallock players (Gavin O’Mahony, Paudie O’Brien, Graeme Mulcahy and Barry Hennessy).

Definitely absent is Shane Dowling, who is suspended after being sent off in last Saturday’s loss to Offaly.

That means that Limerick could be without nine players for the visit of Laois, who have just one win and can’t make the quarter finals.

In Kilmallock on Sunday Limerick will be keen to bounce back from the loss to Offaly. Since 2010 Limerick haven’t suffered back-to-back defeats in the league. Indeed in five years of playing in the second tier of the league last weekend’s loss to Offaly was just the second time that Limerick lost a group game.

“We are guaranteed a quarter-final - the focus from our point of view is firstly the game against Laois next week and we got to go and try and win that because it is a home game. Tonight is very disappointing - we just have to pick it up and go and redeem ourselves in the quarter-final,” said manager TJ Ryan in the aftermath of the Offaly loss.

“That dressing room is very disappointed - we are all disappointed because we wanted to win this game but it is difficult with 15, but to play 70-minutes with 14 men was always going to be difficult,” sighed Ryan.

“It was going to be difficult against 15 and that’s the way it proved to be in the finish - they got a head of steam and with a man over they used the ball that bit wiser and made life very very difficult for our guys. With the space and having a man over every single time, it allowed them the flexibility to play with a guy back which made life difficult and allowed them to set platform after platform,” recalled Ryan.

“In fairness by half time we had got ourselves into a decent position and were playing into the breeze in the second half. Only for the wides I think we would have been in a very good position,” said TJ Ryan in defence of his players.

He accepted that a second half run of eight unanswered points set Offaly on course for the shock victory.

“The number of wides we had in that period was high and that period was when we needed to get scores - we were creating the chances and playing fine but just not taking them.”

But Ryan commended his players.

“I can’t fault the work rate of our guys, I thought it was incredible and we scored 21-points with just 14 guys for a full game and that’s a good return but the disappointing thing is we lost the game - I commended there work rate and attitude.”