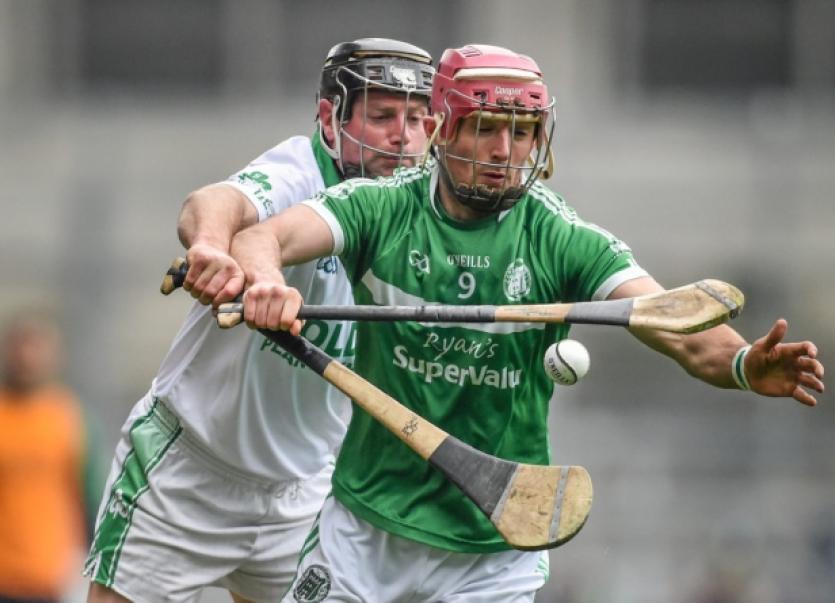 LIMERICK hurling needs to find a way to bridge the gap between “being competitive and being a winner” according to Paudie O’Brien.

LIMERICK hurling needs to find a way to bridge the gap between “being competitive and being a winner” according to Paudie O’Brien.

The Limerick vice-captain and his Kilmallock team-mates suffered All Ireland club final heartbreak this week in Croke Park. For O’Brien the loss comes seven months after Kilkenny opposition had also ended his All Ireland SHC aspirations.

“There is a fine line between being competitive and being a winner and at the moment we seem to be behind in that sense and it’s something we need to find in Limerick - that ruthless mentality,” outlined O’Brien.

“There is no point coming up here and saying the same things over and over after every match - something needs to change,” he sighed.

“There is a skill to being a winner and being ruthless and at the moment we were shown how to do that today - we were playing catch-up straight away in that sense,” he recalled of the Kilmallock loss.

The inter-county man saw much to learn from.

“A bit more cuteness more than anything. The way they tackled they are very good at it. Physicality wise and hits wise we matched them, but they are so so experienced and we probably played that down leading up to it but it does make a difference at the end of the day.”

Referencing the disallowed goal, O’Brien said: “There are no excuses on our part - it could have changed the game but at the end of the day they were by far the better team and that was the difference”.

“To be honest I would love to be able to put my finger on it and say it was this or that but we couldn’t have prepared any better - we were ready and that is probably more disappointing than anything. We never gathered any momentum and are extremely disappointed because we were confident we were going to come up here and perform and turn them over,” he said.

“I was sitting down inside there (in the dressing room) and trying to think - they have classy hurlers all over the place but I don’t think they dominated. Some of our lads got on loads of ball and that’s probably worse because how do we put our finger on it then,” he said with a shake of his head.

“We never got going and things didn’t go our way - we shot it away in the first half with all the wides and then the goal was the deciding factor. We probably needed a goal in the first 10-minutes of the second half but we didn’t threaten until the last five minutes of the game, when it was gone,” said O’Brien.