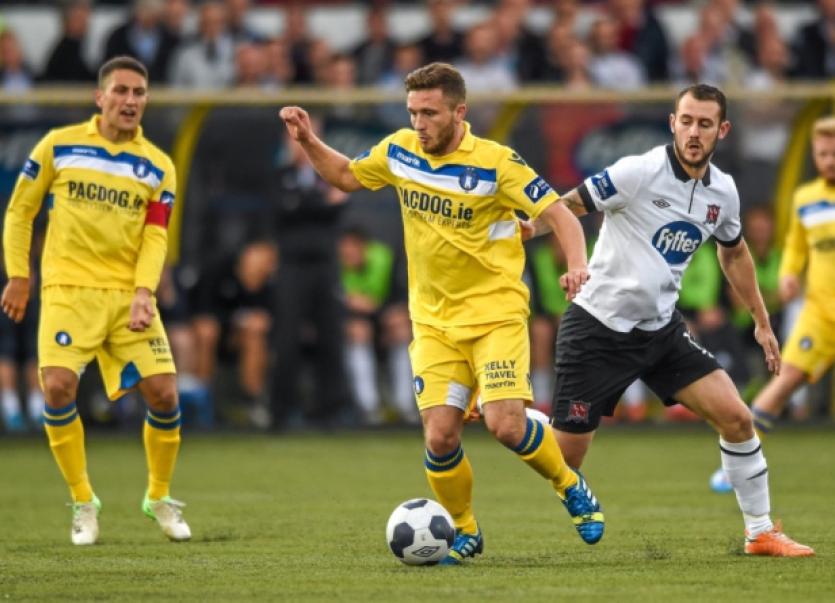 STRUGGLING Limerick FC will be desperate to pick up their first points of the season when the Blues host Longford Town in a crucial basement battle at Jackman Park this Saturday, 6.30pm.

STRUGGLING Limerick FC will be desperate to pick up their first points of the season when the Blues host Longford Town in a crucial basement battle at Jackman Park this Saturday, 6.30pm.

Limerick FC have lost their opening two games of the new Premier Division season, conceding eight goals and failing to find the net themselves.

Martin Russell’s side are one of four teams still looking to pick up their first point of the season going into the third series of fixtures.

Limerick FC’s new-look side will be anxious to put on a good showing for the home supporters this weekend as the Blues suffered a disappointing 3-0 home defeat to Bohemians on the opening weekend.

Limerick have been boosted this week by the return of midfielder Jason Hughes who has penned a new deal with his home town club.

The 23-year-old will be available for selection for Saturday’s clash with Longford.

Hughes first signed for Limerick as a 17-year-old in 2008, staying two years, before returning again in July 2013 after a successful summer trial.

The former Ballynanty Rovers player made eight appearances, scoring once, between then and the end of the season. Hughes was a regular in the side last year, totalling 27 outings, netting twice, before a knee injury ruled him out for the final two months of the campaign.

By then, his performances had earned him the Young Player of the Year accolade.

Hughes said: “I’m buzzing to be back. It has been a long wait for myself so I’m just glad to get back and hopefully I’ll kick on from where I left off last year.

“I’ve been keeping myself really fit, training away with Balla’ and doing my own gym. I played one or two games with Geraldines too so I’m relatively fit. Being from here, obviously you’re going to want to play for your local club. Playing here last year, I got on really well with Martin (Russell) and all the lads so I was only more than happy to sign.

“Obviously, it’s not the start you would have hoped for or wanted but it’s only upwards from here. We can only push on from here and try to get points on the board as early as possible.

“It’s a really big ask for the boys, as the team is young enough, but we can pick up points and see where it takes us. That’s all you can do – take each game as it comes.”