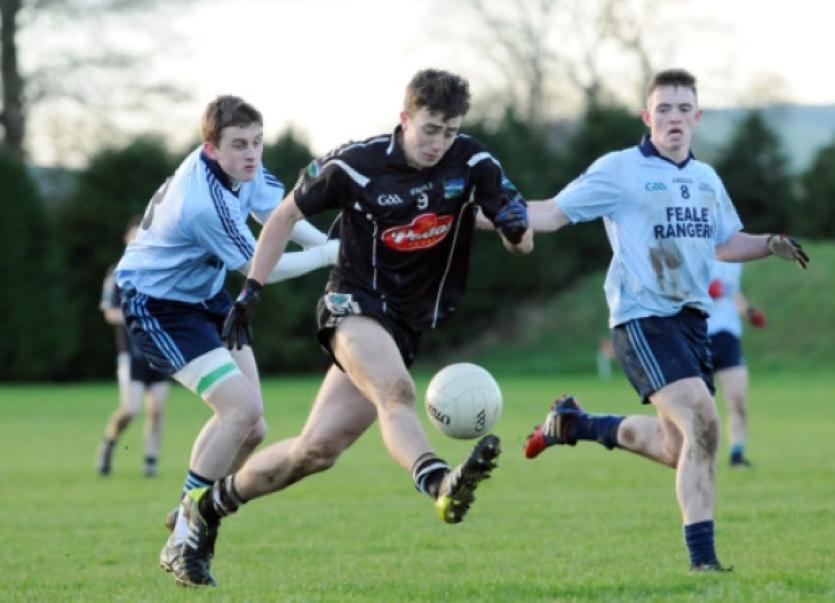 THE replay of Limerick’s Premier U-21 football championship final will take place next Saturday at 2.30 in Tournafulla.

THE replay of Limerick’s Premier U-21 football championship final will take place next Saturday at 2.30 in Tournafulla.

There is also another U-21 final next Saturday (2.00) with St Patricks playing Shannon Gaels (Gerald Griffins and Glin) in Feenagh.

The competitive inter-county season also kicks off next Sunday (2.00) for the Limerick senior footballers.

John Brudair’s Limerick play UCC in the quarter-final of the McGrath Cup in Newcastle West.

The winner of this tie will play either Kerry of IT Tralee in the semi-final.

This Sunday there was no joy for the two Limerick Third Level Colleges in the McGrath Cup.

UL were beaten by Waterford 1-16 to 2-7 in what was a game that marked the debut of Tom McGlinchey as Waterford manager.

The inter-county men scored both the UL goals.

Also in action was Mary Immaculate College and Brian Begley’s side suffered a big 7-20 to 0-4 defeat. There were no Limerick club players in the Mary I line-out.

Elsewhere in the varying early season provincial competitions this Sunday there was Limerick involvement in Connacht and Leinster.

Limerick and Monaleen goalkeeper Donal O’Sullivan was between the posts for NUI Galway, who lost to Mayo 1-13 to 1-11, whie Limerick and Kilteely-Dromkeen defender Sean O’Dea was wing back for UCD, who were 0-18 to 1-12 winners over Carlow. O’Dea scored a point.