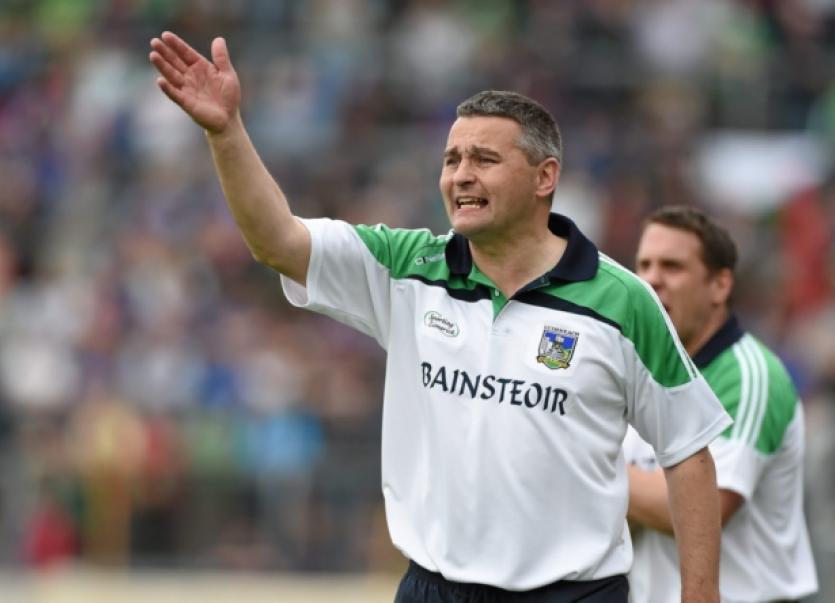 It has also been confirmed that Donal O’Grady is to continue as the team captain for the year ahead with Paudie O’Brien remaining as vice-captain.

The Granagh-Ballingarry man is leading Limerick into his third season as captain.

Others rising stars like Ronan Lynch, Andrew La Touche Cosgrave, Barry Nash and Colin Ryan are all still in secondary school and therefore not available to be part of the senior panel at present.

Cian Lynch played three years at minor level and captained Brian Ryan’s side to the All-Ireland final appearance last September. Also in 2014, the Patrickswell teenager captained Ardscoil Ris to Harty Cup glory and played Munster U-21 championship with Limerick, in a side that was managed by his uncle Ciaran Carey.

Like Lynch, Tom Morrissey was a starting member of the back-to-back winning Munster MHC winning teams. The Ahane man joins his brother Dan Morrissey in the senior panel.

Adrian Breen joins his brother David in the panel, while Seanie O’Brien joins his brother Thomas in the panel that now includes three sets of brothers. Begley, Breen and O’Brien all return to the inter-county senior panel for a second time. Begley and Breen were brought into the senior set-up by John Allen in 2013 - injury forced Begley out early in the season while Breen departed after the league. Seanie O’Brien was part of the senior plans in 2011 and 2012.

The new-look panel is selected from 18 different clubs across Limerick.

Doon and Ballybrown are the only senior clubs without representation. Knockaderry, Mungret, Glenroe and Hospital-Herbertstown all play in the third tier of the hurling championship and have players involved.

Adare, Ahane and Patrickswell have three players each.

Departing the panel are Alan Dempsey (Na Piarsaigh), Mark Carmody (Patrickswell), Micheal Ryan (Doon), William Hickey (South Liberties), Thomas Quaid (Effin) and Paudie Ahern (Kilteely-Dromkeen). Of the six omissions, Micheal Ryan is the only one to has tasted championship action in the past two years. He was introduced in the closing minutes of last June’s Munster SHC victory over Tipperary in Thurles.

In reaching back-to-back Munster finals and All Ireland semi-finals, Limerick have used 24 players - albeit just 18 have started championship games.

Included in the 24 is Niall Moran. The Ahane forward surprised all when he announced his retirement in December 2013 but last June TJ Ryan coaxed him back into the inter-county scene. The 31-year old has played championship hurling with Limerick on 46 occasions, just two appearances behind Mark Foley who has the most championship appearances in the green and white.

The new Limerick panel was finalised after a series of trial games with Cork and Wexford providing some of the opposition.

As well as those ommitted from the 2014 panel, others that were involved in the games during Decmeber and early January were Tony McMahon (Pallasgreen), Conor Conor McEniry (Bruff), Barry O’Connell (Kildimo-Pallaskenry), Willie Griffin (Adare) and Kevin O’Brien (Patrickswell).

Limerick will begin their competitive New Year on January 18 with an outing in the Waterford Crystal Cup. In a quarter-final tie, Limerick await the winners of Waterford or Limerick IT. If the Limerick seniors win their quarter-final game, it would set up a semi-final clash with Kerry or UCC.

Limerick’s start in the NHL is on Saturday evening February 14 against Waterford in the Gaelic Grounds.

Seanie Tobin will miss the majority of the National League after under-going a hip operation in late November. Tobin will miss the NHL games against Waterford and Antrim and only time will tell if he is back to full fitness in time for the mid-March battles with Wexford and Offaly.

Limerick could also be facing into some of the league without the services of the Kilmallock players. Their All-Ireland club SHC semi-final against Ulster and Down champions Portaferry is scheduled for February 7 which is the week before the first round of the NHL against Waterford.