Earls and Cronin return as Munster thump Zebre in PRO12 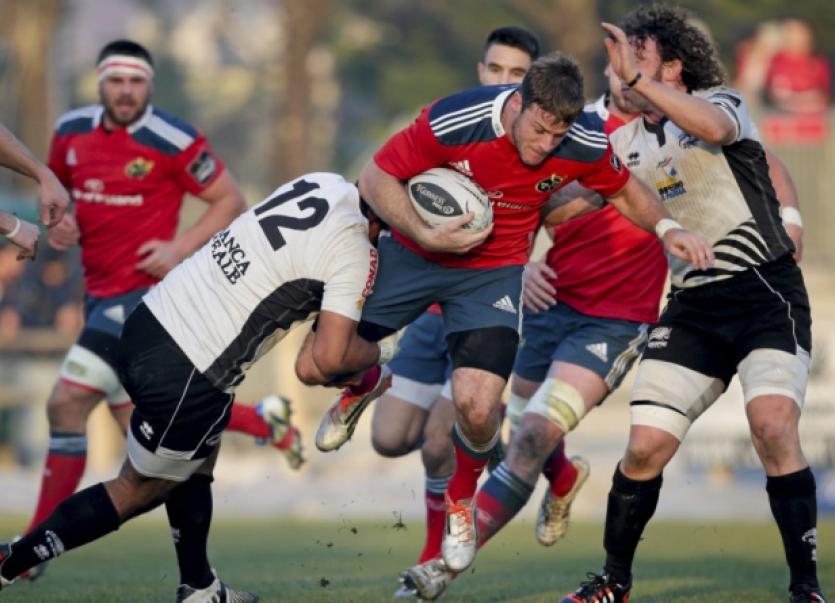 KEITH Earls made his first appearance of the season for Munster when introduced as a second half replacement as Anthony Foley’s side recorded a much-needed 31-7, bonus point win over Zebre in the Guinness PRO12 in Parma this Saturday.

KEITH Earls made his first appearance of the season for Munster when introduced as a second half replacement as Anthony Foley’s side recorded a much-needed 31-7, bonus point win over Zebre in the Guinness PRO12 in Parma this Saturday.

Earls, who has been sidelined with a knee injury this season, played the closing half an hour of the game after being sprung from the bench. His return to fitness along with that of prop James Cronin is a double boost for Munster ahead of next Saturday’s make-or-break European Champions Cup tie with Saracens at Allianz Park.

Munster laid the foundation for this win at the Stadio XXV Aprile in the opening half after which the visitors led the PRO12’s bottom side 24-0.

Felix Jones, Man of the Match CJ Stander and Conor Murray all crossed for Munster tries in a dominant opening period.

Simon Zebo made it mission impossible shortly for Zebre after the break when scoring the bonus point try. Ian Keatley kicked 11 points of Munster’s tally. While Oliviero Fabiani did manage to dot down for the Italians, it was nothing more than a consolation.