Limerick SHC - State of play after round four 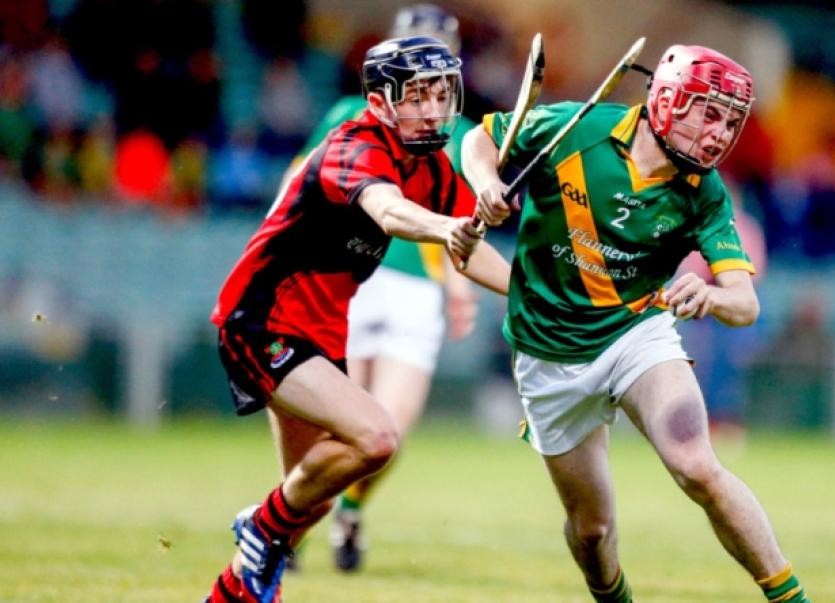 JUST two places remain in the knockout stages of the Limerick SHC.

JUST two places remain in the knockout stages of the Limerick SHC.

Ahead of the final round of group games, on the weekend after the All Ireland minor hurling final, six teams are still mathematically in with a chance to secure the final two quarter-final places.

While there is some uncertainty, much is already confirmed.

This Tuesday night in round four of the group stages, champions Na Piarsaigh and Doon maintained their 100% records and thus confirmed their spots in the semi-finals.

Wins for Ahane and Kilmallock mean that both are assured of quarter-final places but will want to win in the final round to ensure a second place finish in their respective groups.

Also confirmed is that Knockainey are relegated to the Premier Intermediate Championship for 2015. Even if the All-Blacks win their final game they would lose out on the head-to-head battle with Murroe-Boher.

The the remaining quarter-final spot in this group will be decided by a straight forward winner-takes-all-clash between neighbours Adare and Patrickswell.

In the other group, all is not so straight forward.

One of South Liberties, Ballybrown, Effin and Granagh-Ballingarry will reach the quarter-finals while another of the quartet will be relegated.

To have any chance of reaching the knockout stages, South Liberties and Ballybrown would have to shock Kilmallock or Na Piarsaigh respectively. There would be a reprieve for Liberties, were the Effin and Granagh-Ballingarry game to end level.

If the two leading lights of the group were to win in the final round, that would open the way for Granagh-Ballingarry, who know that in this situation a win over Effin would see them jump from bottom of the table to the quarter-finals as they would advance on the head-to-head ruling over Liberties.

Wins for Na Piarsaigh, Kilmallock and Effin in the final round, would see Liberties book a quarter-final spot on the head-to-head ruling over Effin.

In the first year of the new-look Limerick SHC all will be happy that eight of the 12 clubs have something tangible to play for in the fifth and final round of the group stages.

This week Limerick GAA secretary Mike O’Riordan confirmed the dates for the remaining fixtures in the championship.

No draw will be needed for the quarter-finals with the second placed team in each group playing the team that finishes in third place in the opposite group.

In the semi-finals it is the guaranteed that table-toppers Na Piarsaigh and Doon will be kept apart.

Na Piarsaigh are bidding to retain their Daly Cup and indeed the Munster club title.

No Limerick club has ever retained the provincial crown.

The Limerick senior club hurling champions have received a bye into the provincial semi-final. They will be in action on November 9 with home advantage against the Cork champions.