Balla’ dream of glamour tie in last 16 of FAI Cup 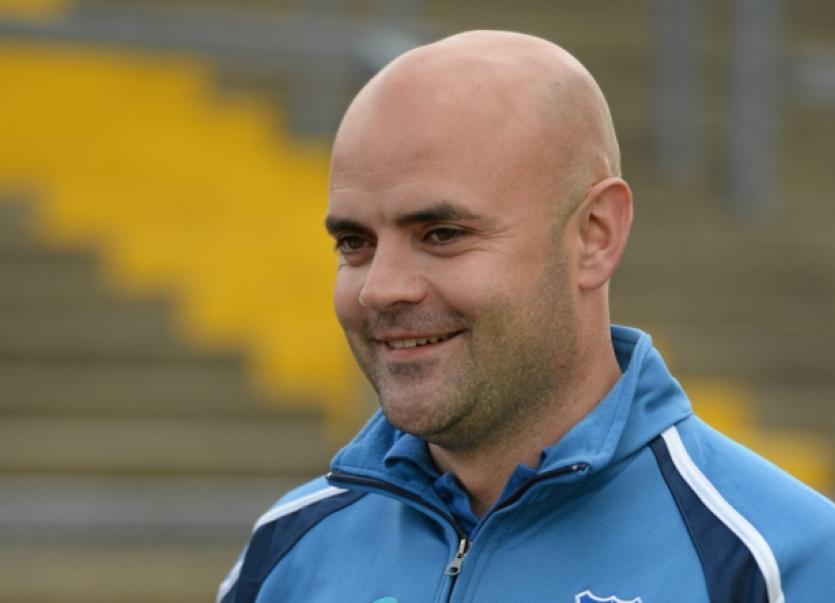 BATTLING Ballynanty Rovers are dreaming of landing a glamour tie in the last 16 of the FAI Ford Cup following their exciting second round victory over Phoenix FC at the Fairgreen on Sunday.

BATTLING Ballynanty Rovers are dreaming of landing a glamour tie in the last 16 of the FAI Ford Cup following their exciting second round victory over Phoenix FC at the Fairgreen on Sunday.

Spirited Ballynanty Rovers bounced back from their FAI Junior Cup final defeat to St Michael’s to record a deserved victory over Dublin intermediate side Phoenix. Central defender Kenneth Meehan was Balla’s hero netting both goals in the 26th and 78th minutes.

While Phoenix did pull a goal back in the 89th minute through Paul Ryan, Balla’, with the likes of Tom Daly, David Dunphy and young goalkeeper Jamie Bromell excelling, ran out deserving winners. It was a fitting way for Balla’ to end their season and the club can now look forward to their last FAI Ford Cup 16 tie in August when they will hope to have a full compliment of players available for selection. Balla’ lined out without several first choice regulars, including captain Stephen McNamara, Darragh Hughes and Dermot Fitzgerald.

Ballynanty Rovers manager, Damien Conway said: “I am very proud of the lads because of what was being said about the team, the doubts of missing a few players and questioning the squad. What we have been about all season has been our squad and I think it proved today what a strong squad we have, playing against a good side.

“We had young Jamie Bromell in goals. Everyone knows him for his exploits outfield, but he was unbelievable today. Danny McInerney and Ryan Earls slotted in, two 18/19 year olds. Dean O’Brien slotted in and we brought on Andrew Leyden, another minor player as a substitute. It is very pleasing for the club to have so many young players involved in such a big game for the club.”