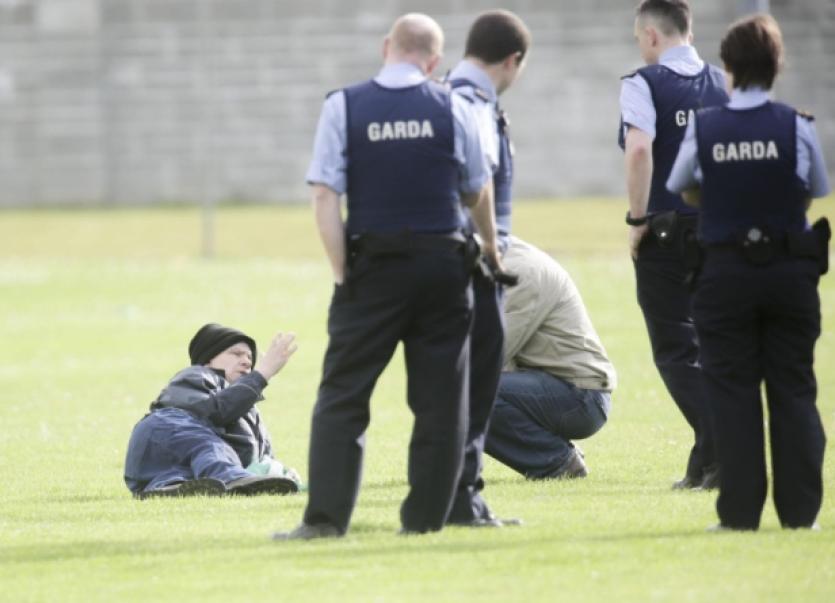 Dawson protested for almost two hours on the GAA field in Clarina before the scheduled final between Na Piarsaigh and Crecora started.

The arrival of four uniformed gardai just before 6.30 helped to bring an end to the protest, which Dawson undertook to highlight the plight of his club - they were forced to give a semi-final walkover the weekend previous when St Patricks were fixed to play Crecora in direct opposition the Munster football championship action in the Gaelic Grounds. In total eight St Patricks men were involved as players with varying Limerick teams.

He told media that he was prepared to “lie down in the middle of the pitch” to stop the final going ahead.

On Wednesday Limerick City Board secretary Trevor Mann told LeaderSport that the final would go ahead despite the protest plans.

However on Friday evening there was a rethink and Limerick GAA chairman Oliver Mann and secretary Mike O’Riordan met with all interested parties to attempt to find a resolution.

It is understood that officers of Limerick GAA City Board and representatives of both St Patricks and Crecora were present at the meeting in the Gaelic Grounds.

A statement released just before midnight on Friday, by the Limerick GAA City Board, said that the discussions resulted in “Crecora agreeing to play St Patricks” that Saturday evening, June 7.

The statement said that “the fixture was accepted by the St Patricks Club secretary”.

However, a second statement followed from the Limerick GAA City Board after lunch-time on Saturday, confirming that the original final fixture was to go ahead.

“St Patricks GAA club have confirmed to the City Board Secretary that they are not fulfilling the city Junior A Hurling League semi-final fixture as offered by the Crecora Club.”

It is understood that among the St Patrick’s objections to this last gasp re-fixture was the fact that they were due to play Limerick SFC on Sunday evening - just 24 hours after this proposed hurling fixture.

Therefore Na Piarsaigh and Crecora went ahead with the final at 7.00 in Clarina.

Around two hours before the game was due to commence Dawson took up position in the middle of the Clarina field. Attempts to get him to leave failed until Gardai arrived. After a brief chat with the Gardai, Dawson left the field of his own accord, accompanied by his club chairman, Owen O’Shaughnessy. Despite the protest the final started on time and Na Piarsaigh eventually won 1-17 to 0-10.