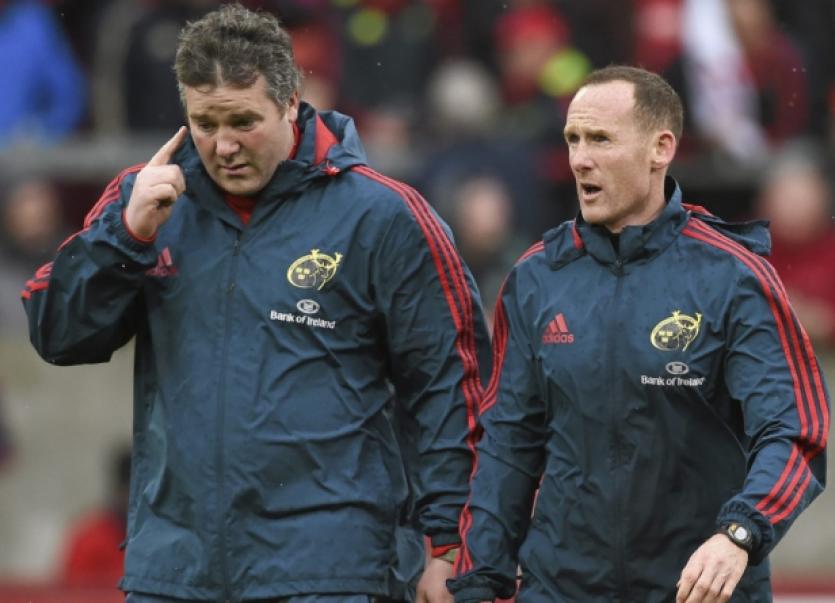 NEW Munster head coach Anthony Foley says the province has been drawn against ‘fearsome opposition’ in the pool stages of the new European Rugby Champions Cup next season.

NEW Munster head coach Anthony Foley says the province has been drawn against ‘fearsome opposition’ in the pool stages of the new European Rugby Champions Cup next season.

Two-time Heineken Cup winners Munster face a difficult task if they are to progress to the knock-out stages of next season’s competition as they find themselves in Pool 1 along with this season’s beaten finalists Saracens, semi-finalists Clermont Auvergne and Amlin Challenge Cup quarter-finalists Sale Sharks. The dates, venues and kick-off time of the pool fixtures will be announced in the coming weeks, with the first round of pool fixtures set to be played on the weekend of October 17-19.

Pool opponents Saracens may be tempted to move their money-spinning home fixture with Munster away from their new Allianz Park home which has a capacity of just 10,000 to a bigger venue. Sarries may opt to stage the fixture at Wembley Stadium given Munster’s large travelling support.

Anthony Foley said: “We have picked up three of the best teams in Europe in our Pool and looking at the rest of the tournament I think this is an even stronger draw than in previous years.

“We have six massive games ahead of us and we will be looking forward to them all. I’m sure there are a few teams who won’t be too happy about having Munster in their Pool.

“We have met all these teams before in Europe and I’m sure our fans will travel in big numbers to Manchester, London and Clermont. And if Saracens fancy taking our game to Wembley, then that will be fine with us.

“It’s not a decision for us, but all the players love to play in big stadia and in big games. And all the games in our Pool will be big games.

“Having grown up at the club it is going to be a huge honour for me to coach the team next season. I certainly won’t be underestimating the size of the task.”