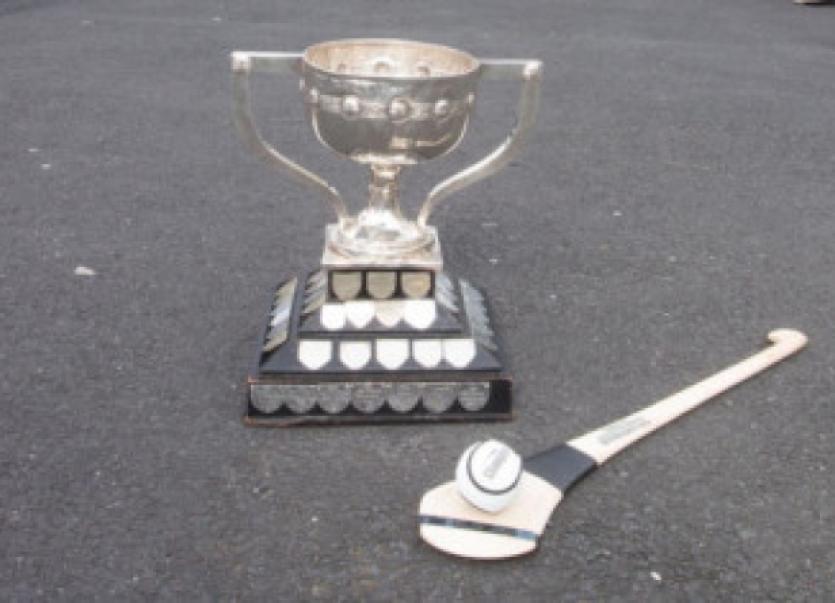 CHAMPIONS Na Piarsaigh and Doon can put one foot in the knockout stages of the Limerick SHC this weekend.

CHAMPIONS Na Piarsaigh and Doon can put one foot in the knockout stages of the Limerick SHC this weekend.

The Caherdavin side and the men from east Limerick carry the only 100% records into round three of the Q3 Security Systems sponsored championship.

A third successive victory for both would see them within touching distance of securing one of the six knockout places in the new-look county championship.

TJ Ryan and his Limerick hurling management released all their players back to their clubs this week with no inter-county training this week as the focus switched to the club hurling scene.

With local club games scheduled for Friday, Saturday and Sunday almost all of the 32-members of the county senior set-up will be in club action before attention switches to the countdown to the July 13 Munster SHC final.

While members of the Limerick management will travel to Thurles for Sunday’s semi-final between Clare and Cork, they will also monitor club games over the weekend.

Attacker David Reidy is the only member of the county set-up that is ruled out of the club action through injury. He broke his collar bone on May 21 and faces a race against time for the Munster final.

After the weekend the next round of Limerick club hurling won’t be until August 14-17.

This east Limerick derby is a must win for both. While each started with a win they faltered last time out.

Murroe-Boher ran Adare close but Ahane were a clear second best to Doon.

Two years ago Murroe-Boher won this fixture but like last year just missed out on progression.

Getting Seanie Tobin and Mikey Ryan in clean possession is key to Darren Moynihan’s men, who will once again look to Seamus Hickey to dominate the middle third.

Ahane do have a goal scoring threat but can be reliant on Niall Moran frees.

Doon are the high-flying team in Group One but there will be an eagerness in Patrickswell to atone for last year’s group defeat.

The Well bounced back from the round one loss to Ahane to beat Knockainey in the previous round but will know that a big improvement will be needed to halt Doon.

Both will call upon a host of county U-21 players, while the availability of some minors could be decided by Leaving Certificate exam schedules.

The performance of the Patrickswell defence will be key.

This is a huge game for both clubs but for opposite reasons.

A Liberties win will add fuel to their bid for a knockout place while Granagh-Ballingarry are looking to get off the mark, after shipping over 20-points in both games to-date.

Liberties ran champions Na Piarsaigh close in the last round but only a win here will maintain their momentum.

They have forward power if Shane O’Neill, Mike Keane, David Grimes and Co can stand firm in defence and Tom Ryan supply ball from midfield.

Last season Knockainey shocked Adare to advance to the quarter-finals.

They would dearly love to repeat that result but the bookies make Adare 1/8 to overturn The All-Blacks, who are without a win.

While losing heavily to Murroe-Boher in round one they earned some plaudits in the second round against Patrickswell.

Adare will be without injured forwards Conor Fitzgerald and Liam Costelloe, while Mikey Lyons is also a doubt.

Knockainey will have options back after suspension and injury but Adare, with Knockainey man Ger Cunningham in their management, appear to have the greater strength in depth.

According to the bookies this is the most clear-cut of the six weekend games.

The champions are the hottest of 1/14 favourites with Effin available at 13/2.

While Na Piarsaigh will be down some injured players they will still look to inter-county stars Shane Dowling and Kevin Downes to fire them to glory.

Effin beat Ballybrown in the last round but will know a greater challenge awaits in Bruff on Saturday.

The Shane O’Neill managed Na Piarsaigh maintained their winning run against South Liberties last time out but will have talked much about a below par display since that outing.

The unusual venue of Newcastle West stages the final game of the weekend.

When these sides met last season Ballybrown tested Kilmallock for long periods before fading in the second half.

They don’t appear in such good health this time round but will surely want to redeem themselves after a forgettable outing against Effin back in early May.

Both sides have changed management for 2014 and have a different look to their teams from the Gaelic Grounds clash of 12-months ago.

To boost confidence Ballybrown will need to start well but Kilmallock appear too experienced to allow this to happen.