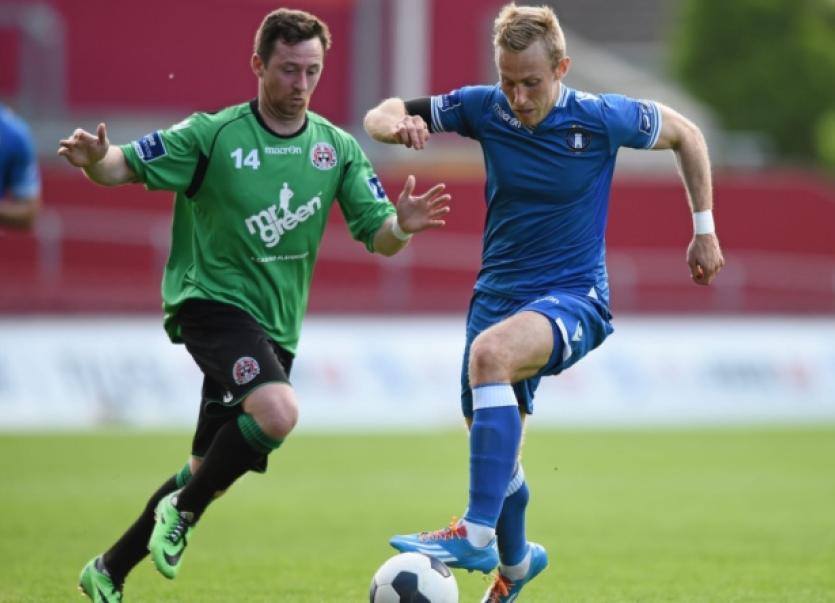 That’s the promise of manager Stuart Taylor ahead of the visit of UCD to Thomond Park this Friday night at 7.45.

His Limerick side disappointing when crashing out of the FAI Cup last weekend.

Such was the lacklustre performance, Taylor felt the need to apologise to supporters.

“We let ourselves down and that’s unlike the boys. That’s the first time in the year and a half that I have been here that we can turn around and say it didn’t happen for us and we hold our hands up and apologise for that,” said Taylor.

“I don’t want to be blasé about it and just say it was a bad day at the office and move on because that’s not acceptable to the supporters, who paid good money to go in and see the game, so my apologies are for that to the supporters.”

But Taylor is confident that despite the cup loss, Limerick can make it three league wins in a row against the students.

“The type of character that they are, they will make amends for it,” stressed Taylor.

“Most importantly we have a job to do on Friday night and we need to be professional about our job and get back to doing what we were doing before and get the right result, which is three points. There is a self motivation - we have got a point to prove, to make amends before the break. The character that they are and the professionals and as honest as they are, they will go and do that,” said Taylor of his players.

“The players are hurting and in training you can see that they have a disappointment about them and we now need to change that around and make sure we are positive and use the disappointment in the right way and channel in the right areas to get a really really good performance on Friday night.”

Limerick will welcome back Jason Hughes and Prince Agyemang after suspension but Shane Tracy could miss out through injury.

All in all, Limerick look to be in better health for Friday league game, which will signal the start of a mid-season break.

“It’s important we finish off the first part of the season on a high - there have been a lot of tough times throughout the season and there has been players asked to play through injuries on many an occasion and they have done so for the love of the club and that’s testament to the character in the dressing room.”

“We are hoping to be in better condition for it - healthier with players that are fully fit.”

Sean Kelly, Patrick Nzuzi and Barry Ryan all carried knocks into the Bohemians tie but should be fit to start.

“UCD will be a really difficult game because they have players that have been out and are back and will be fresh but we need to make sure we stick to our task and do our job and come out with three points. We need to finish this part of the season off on a high with three points,” said Taylor.