Hurling management accept Limerick ‘a good bit off the pace’ 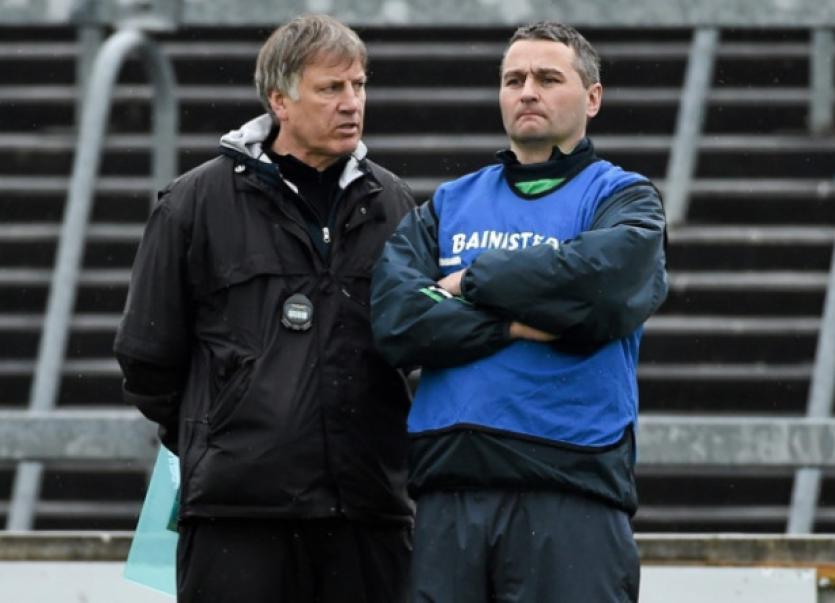 JOINT Limerick hurling manager TJ Ryan has admitted to being “worried” that his side “are a good bit off the pace”.

JOINT Limerick hurling manager TJ Ryan has admitted to being “worried” that his side “are a good bit off the pace”.

The loss to Galway in the league quarter-finals means that Limerick are now without any competitive action in April or May as they plan to defend their Munster championship crown against Tipperary on June 1.

“After today we would be worried that we are a good bit off the pace,” admitted TJ Ryan after the Galway loss.

“To meet a Division 1A team and to get well beaten is definitely a worry - we have a lot of work to do.”

Ryan explained: “They are used to playing week in and week out at a higher intensity and we aren’t.”

“When you play in Division 1B some of the mistakes you make, you get away with - today was different and you get punished every time,” sighed Ryan.

“We have to go away and learn from that - we have to improve there is no doubt about that. We are very disappointed - the scoreline tells its own story. We were in trouble, not so much with the pace of it but definitely the whole physical side of a Division 1A team. We couldn’t cope with it and our mistakes were punished.”

““We started reasonably well but after that it was a very poor second half,” recalled Ryan of the start that saw his side 0-5 to 0-2 clear after 10 minutes.

“We were hurling well and probably created two half chances of goals, which we didn’t take.”

Tactically Limerick appeared to hurl into the hands of their opponents, who played an extra defender.

“We were trying to get to grips with it around the middle of the field, because their midfielders had a couple of points from play and were struggled with them all day. We were trying to get a grip or foothold and when we did we didn’t have the players inside - it was one of the things we tried,” said Ryan of the tactic that frustrated supporters.

“We made it easy for them - we made a couple of basic mistakes and coughed up some scores and they even had some wides and could have won by more.”

It’s more disappointing now that we didn’t win Division 1B because we are back playing it again next year. Not being used to playing a Division 1A team probably came home to roost,” said Ryan to the awaiting media after the quarter-final loss.

“It’s a long way to June,” said Ryan, who always speaks to the media ahead of joint-manager Donal O’Grady.