Munster sweat on O’Mahony and Ryan ahead of Toulouse test 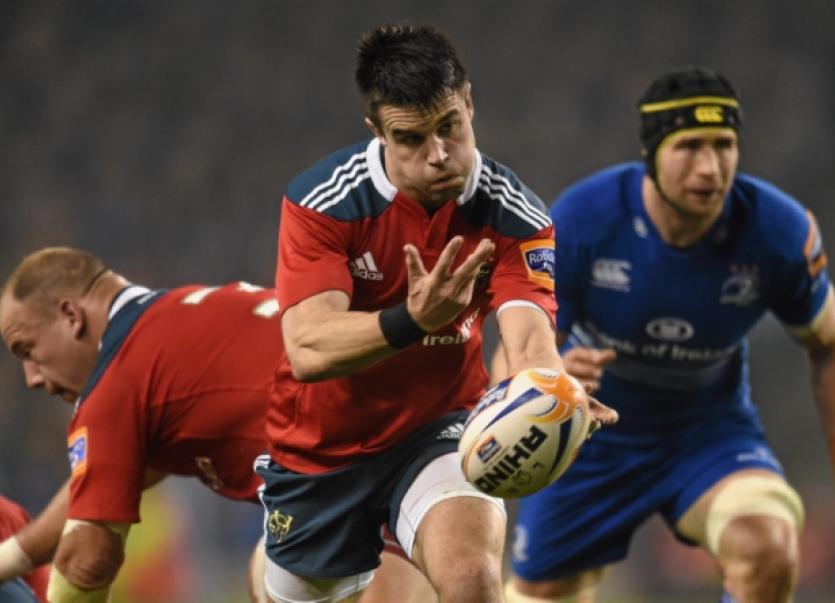 MUNSTER are sweating on the fitness of key forwards Peter O’Mahony and Donnacha Ryan ahead of Saturday’s glamour Heineken Cup showdown with Toulouse at Thomond Park (1.30pm)

MUNSTER are sweating on the fitness of key forwards Peter O’Mahony and Donnacha Ryan ahead of Saturday’s glamour Heineken Cup showdown with Toulouse at Thomond Park (1.30pm)

Team captain O’Mahony was a late withdrawal from Munster’s starting line-up for Saturday night’s PRO12 defeat to arch rivals Leinster at the Aviva Stadium due to a hamstring twinge.

While Munster remain hopeful that their captain will be available for this weekend’s quarter-final clash, the outlook for Ryan ahead of the Toulouse showdown looks less optimistic.

Munster coach, Rob Penney said: “We don’t know what the core problem with Peter is. It’s a hamstringy-ish thing. But it may be nerve related. It’s one of those ones, obviously there were reports coming out of the Six Nations that he had that going on. He’s been fine, but it just flared up so we were just being very cautious with him.

“I’d love to think we’ve done the right thing by Pete (O’Mahony) this week to make sure he’s available next week. It will be very disappointing if the injury lingers. I’d be very surprised if it did, but you just can’t be guaranteed with these things.”

Penney indicated Donnacha Ryan remained a major doubt for the Toulouse clash due to a foot injury he picked up against Treviso, but hasn’t totally given up hope on him featuring.

CJ Stander started in Munster’s back-row in O’Mahony’s absence against Leinster and the South African put in a solid shift.

Penney said: “You always want your big players available, it could be potentially damaging. That’s one of the reasons we rotated and I thought CJ did a magnificent job stepping in at the last hour and doing the job that he didn’t, especially without a lot of 80 minute performances of late.”

Penney is keeping his options open as to who will partner Casey Laulala in the Munster midfield against Toulouse following Denis Hurley’s surprise inclusion ahead of James Downey for the Leinster clash.

Penney said: “Denis (Hurley) played well enough to really put some pressure on the selection for that area which is really good and I’m pleased with what Keats (Ian Keatley) did at 12 when he moved in there. They are creating some nice options there for us.”

Munster’s Heineken Cup opponents Toulouse suffered a 32-28 defeat to Toulon in their Top 14 clash at the Stade Velodrome on Saturday night.