Five changes to Limerick football side for Cavan clash 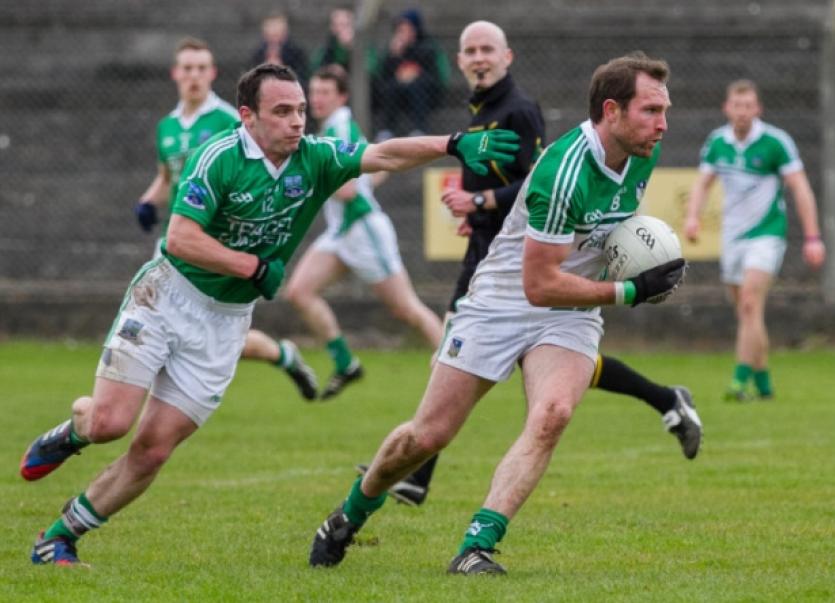 THE Limerick football team to play Cavan on Saturday shows five changes from the side that ensured league survival with a win over Offaly last weekend.

THE Limerick football team to play Cavan on Saturday shows five changes from the side that ensured league survival with a win over Offaly last weekend.

Both are U-21 players and were used as subs against Offaly in Tullamore last Sunday but come in from the start in Saturday’s final group game in Division Three of the National Football League.

Saturday’s game has a 4.00 start against a Cavan side that have a 100% record and are already guaranteed promotion.

Also coming into the Limerick side is goalkeeper Brian Scanlon - for his first start of 2014.

Back into midfield is John Galvin, while John Riordan returns to the side after his break for club hurling duties with Templeglantine.

The game won’t attract the crowds that will be in near-by Thomond Park just minutes earlier, but offers Limerick manager John Brudair a chance to gauge progress.

“We lost heavily to Roscommon and Fermanagh and as league leaders Cavan provide an opportunity to see if we have progressed in recent weeks in terms Limerick have used approximately 30 players in the six games to date and further experimentation is expected.