They don’t come any bigger than Toulouse 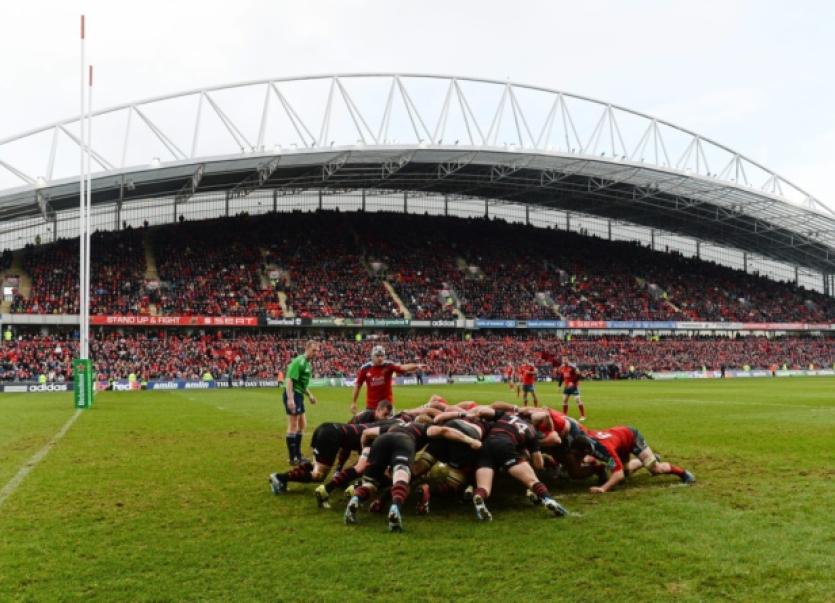 THOMOND Park has hosted some mammoth Heineken Cup fixtures since the inception of the competition, but surely none bigger than the visit of French aristocrats Stade Toulousain this Saturday.

THOMOND Park has hosted some mammoth Heineken Cup fixtures since the inception of the competition, but surely none bigger than the visit of French aristocrats Stade Toulousain this Saturday.

The visit of the four-time Heineken Cup champions - and more than 3,000 of their supporters to Shannonside - will help generate a carnival atmosphere in the city.

For rugby purists, they don’t come any bigger than the French aristocrats.

It seems incredible, given the decorated histories both Munster and Toulouse have enjoyed in the competition to date, that this will be the first meeting between the sides in Limerick.

What a game and occasion we have to look forward to, a huge clash of two distinct rugby cultures.

Hard-nosed Munster and swaggering Toulouse, competing for the right to travel to either Leinster or Toulon at the semi-final stage of the competition.

Saturday’s showdown will be the 15th time both sides have played in a Heineken Cup quarter-final, a record that no other side comes close to.

A Munster victory would see them equal Toulouse’ tournament record of 97 wins in the competition.

Both sides lost their ‘warm-up’ games and by the same margins, four points. Munster lost out to arch rivals Leinster in the PRO12 at the Aviva Stadium, while Toulouse succumbed to Toulon in the Top 14.

Munster’s talismanic second row Paul O’Connell this week questioned the decision of bookmakers to instal Munster as favourites to win the quarter-final showdown.

The layers have chalked up Munster at 8/15 and Toulouse at 6/4 to prevail.

O’Connell said: “I don’t see how you can put the two teams down on paper beside each other and put us as favourites.

“I don’t see how you can put the way we have been playing over the past few weeks, last few months and put us down as favourites in any way.

“We probably need to go a minimum of 40% above where we have been since Christmas to stand any chance of winning.”

Munster second row O’Connell agrees they will bring a dangerous air of unpredictability, as well as incredible pedigree, to Limerick.

“There are certain teams you can analyse and you can plan to try and stop what they’re going to do,” O’Connell said.

“But with Toulouse, the way they play and the style of rugby they have makes it very hard to predict what they’re going to do and plan for that and that makes it very difficult,” added O’Connell.

“They’ve got big men and incredibly skilful men, there’s talent all over the pitch. They’ve got so many flair players who can play off the cuff.

“They play an incredible off-loading game and, as the weather gets drier and pitches get harder, that will suit them.”

MUNSTER’S set-piece functioned remarkably well against Leinster in the heat of their PRO12 battle with Leinster last weekend.

Head coach Rob Penney and hooker Damien Varley were at pains to stress their belief that the Reds had not been rewarded for their scrum dominance last weekend. They will be anxious to put that right on Saturday, leaving match referee Nigel Owens in no doubt as to which team is holding sway at scrum time.

Munster’s line-out remains a reliable source of quality possession and it was obvious that Leinster were keen to avoid giving Munster the chance to launch attacks off the line-out by shying away from kicking the ball to touch. A dependable line-out and well-executed driving maul can serve Munster well.