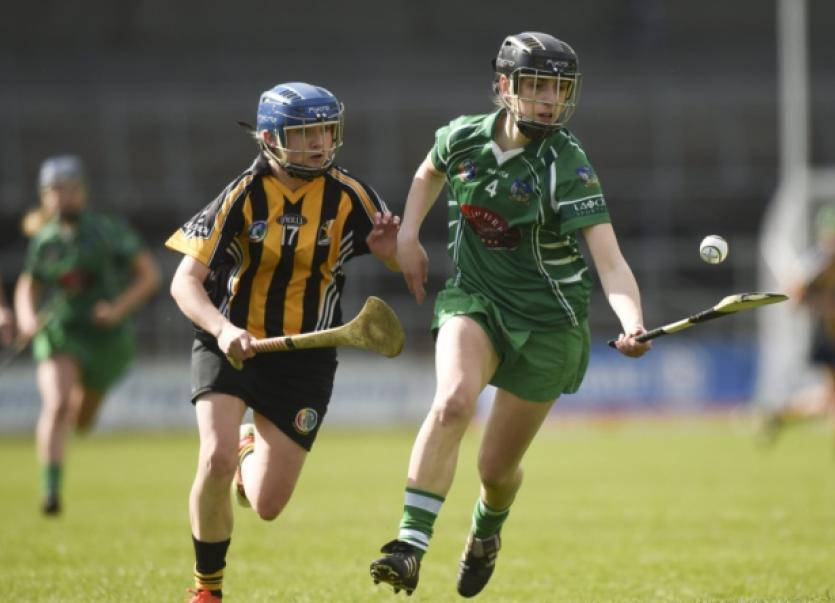 JUST one year after winning the intermediate league title, Limerick stand on the brink of reaching the Division One semi-finals.

JUST one year after winning the intermediate league title, Limerick stand on the brink of reaching the Division One semi-finals.

This Sunday (2.30) in Fitzgerald Park in Kilamllock, Limerick play Clare in their final group game.

Victory or a draw will confirm a semi-final spot against Wexford or Cork. Defeat would mean that Limerick would need favourable results elsewhere to progress.

But with wins over Galway and Derry, Limerick manager Joe Quaid has already seen positives aplenty.

“We are on bonus territory,” Quaid told LeaderSport this Wednesday.

“We are up senior and we are one hour away from an All Ireland semi final - if we win on Sunday we are in the last top four. We have been delighted with the league so far,” explained the manager.

The only blip was the defeat to Kilkenny.

“That game was actually our best performance. We learned more in that game than any of the rest. I can see now what the Limerick senior hurlers are missing out on by not playing in the top division. Last year we probably won some games too easy but this year every game is tough - played at an intensity near championship,” outlined the former Limerick goalkeeper.

And, the progress has come without some key players.

“We haven’t picked from a full panel yet. We had used the minor sparingly because they have their own championship and are in their semi-final. We have struggled slightly with numbers because of that and some weeks we doubled up with games with the juniors also playing.”

The addition of a junior side in the league has also proven a success.

“We had 35-37 girls last year and not all could get game time but not everyone is getting a chance to show what they can do,” said Quaid.

The juniors play Dublin this Sunday with a semi-final place already assured ahead of their final group game.

“We are delighted that some new girls have shown up well and we also have girls who have returned after a few years out.”

Now captained by Granagh-Ballingarry’s Fiona Hickey, Limerick have been bolstered by the return of Claire Mulcahy and Aoife Sheehan.

Limerick finished last year’s All Ireland intermediate final with six minors on the field in Croke Park. Just Caoimhe Costello has started in the league to-date.

That has afforded others like Granagh-Ballingarry’s Mairead Fitzgerald and Cappamore’s Muireann Creamer to impress.

For Sunday, Limerick will be without Niamh Mulcahy (broke hand), while Katie Campbell is struggling with a knee injury.

But after a long injury lay-off Aoife Sheehan could be set for her first appearance of the season.

“Clare will be another game that will tell us where we are at and to get to the semi-final would be great,” said Quaid.