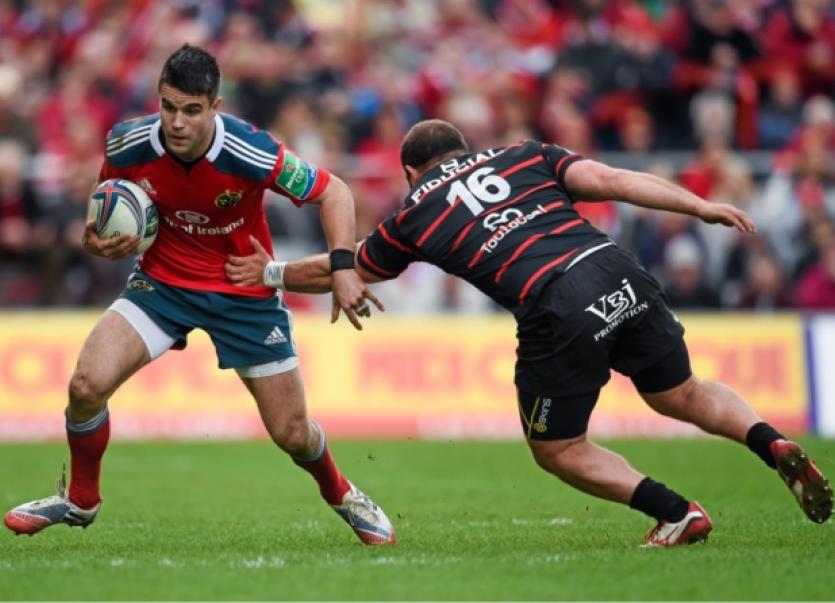 Munster produced one of their best ever performances to beat Toulouse 47-23 in Thomond Park on Saturday and book a semi-final place in the Heineken Cup.

Munster produced one of their best ever performances to beat Toulouse 47-23 in Thomond Park on Saturday and book a semi-final place in the Heineken Cup.

On a magical afternoon in Thomond Park, Munster turned in a fine display to run out 24-point winners.

They got off to a great start when Simon Zebo sent Keith Earls over for an early try, which Ian Keatley duly converted.

Luke McAlister hit back with a penalty for the star-studded visitors but with Munster’s scrum and maul dominant in the opening half, Keatley added a couple of penalties. The problem was that McAlister also found the range and despite Munster’s dominance, they were only 13-9 up at the break.

But Munster had another gear in them in the second half. The outstanding Dave Kilcoyne powered over for Munster’s second try and again Keatley was on target with the conversion. An Earls kick and chase moments later allowed Munster win a lineout close to the French line and although Conor Murray was held up, CJ Stander - who had replaced the injured Peter O’Mahony in the first half - went over for Munster’s third try.

With 47 minutes on the clock, the scoreboard was scarecely believable: Munster 27 Toulouse 9.

Hosea Gear capitalised on poor Munster defending to get Toulouse’s first try but Munster weren’t to be denied.

Keatley pushed the difference out again with another penalty and there was still time for a couple more tries. First Simon Zebo got in, and while Joe Tekori responded for Toulouse, Munster then went and got their sixth. The scorer was a popular one with Paul O’Connell getting over for a rare try.

That was the final action of the game. A glorious lap of honour followed. Now Munster can look forward to a semi-final meeting away to Leinster or Toulon in three weeks time.

Stay online with the Limerick Leader for reaction and player ratings while check out our print edition on Monday for top coverage of a great game.