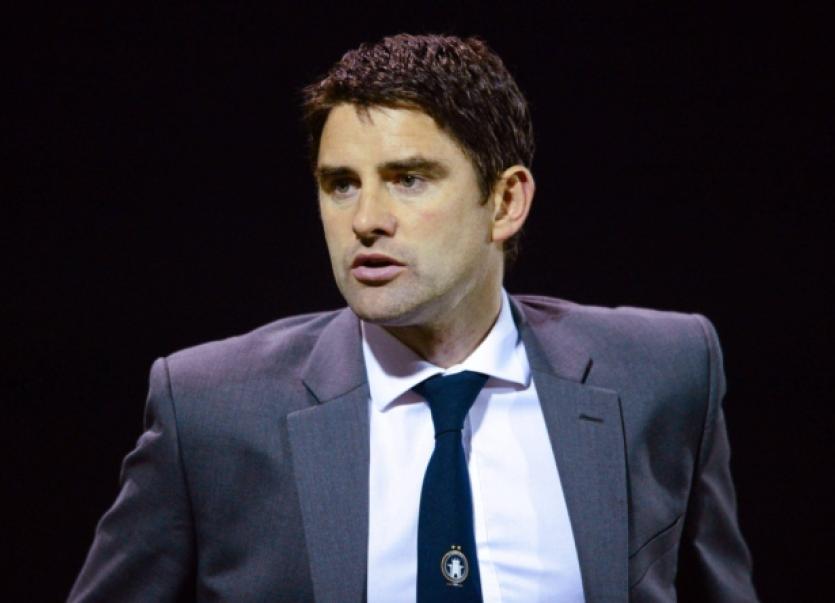 LIMERICK FC have confirmed three pre-season friendlies against First Division opposition next month as Stuart Taylor’s charges step up their preparations for the start of the new Airtricity League Premier Division season.

LIMERICK FC have confirmed three pre-season friendlies against First Division opposition next month as Stuart Taylor’s charges step up their preparations for the start of the new Airtricity League Premier Division season.

Limerick’s first confirmed warm-up game will be against Galway at Eamonn Deacy Park on Thursday, February 6 at 7.45pm .

Later in the month, the Super Blues make the trip to play Waterford United at the RSC on February 19 (7.30pm), and three days later Stuart Taylor’s charges will lock horns with Longford Town at City Calling Stadium (7.30pm).

Limerick FC are also hoping to organise a friendly fixture for the first weekend in February.

“We specifically set out that they were the teams that we wanted to go and play because they’ve got a good big pitch, a pitch that we can go and pass the ball on,” manager Taylor told LimerickFC.ie.

“They’ve got a large pitch where we can move about and get our fitness levels out of it.

“As I’ve always said before, results aren’t the most important thing in pre-season. They’re not what we’re looking for out of it.

“What we’re looking for in pre-season are fitness levels to get improved, awareness and game knowledge to come back, our philosophies and style of play, and get players to gel together – all these different things.

“Players will be given targets to achieve in the game. We feel that these games will be beneficial for us and we’re delighted that the clubs have taken us on their pitch.”

Limerick are also set to play Ringmahon Rangers in the Munster Senior Cup quarter-finals during the course of the pre-season schedule.

Limerick’s squad began pre-season training 10 days ago and manager Taylor is happy with how preparations for the new term are going.

“I’ve been happy with everything,” Taylor said, when asked about the first days of a hectic eight-week training programme.

“It has been good. First and foremost, we don’t have any injuries, which is good. It means that the testing that we’ve done has been worthwhile.”

Limerick will face Bray Wanderers at Thomond Park on the opening day of the 2014 Premier Division season, Friday, March 7

The Super Blues then face two difficult trips to Dundalk and Saint Patrick’s Athletic, the top two sides from last season, while their final outing of the Premier Division campaign will come against Shamrock Rovers.