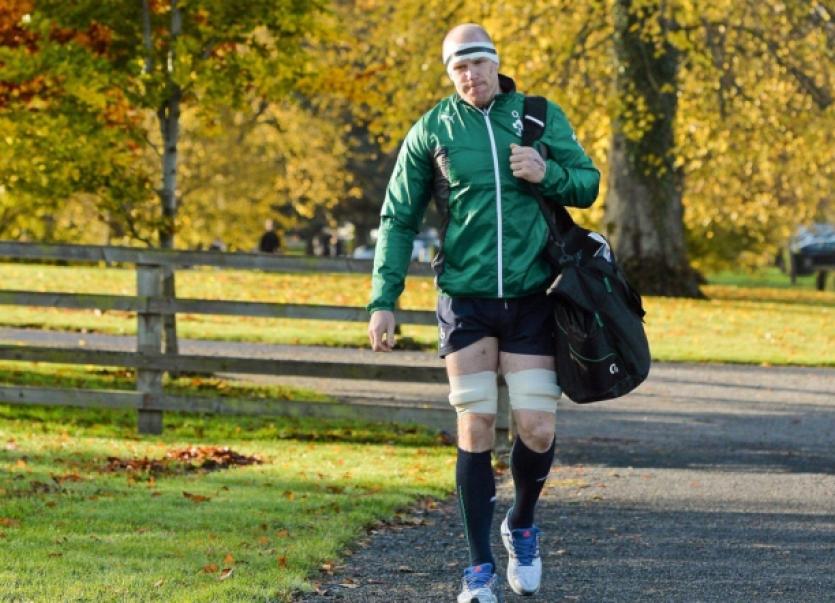 MUNSTER’S talismanic second row Paul O’Connell is set to lead Ireland in their glamour autumn international friendly with Australia at the Aviva Stadium this Saturday (5.45pm).

MUNSTER’S talismanic second row Paul O’Connell is set to lead Ireland in their glamour autumn international friendly with Australia at the Aviva Stadium this Saturday (5.45pm).

Thirty four-year-old O’Connell is in line to win his 87th cap as he skippers Joe Schmidt’s side in this weekend’s eagerly awaited clash with the Wallabies.

O’Connell came on a replacement in Ireland’s victory over Samoa on Saturday at Lansdowne Road, but is expected to start this weekend’s autumn international in the second row.

Ireland manager Mick Kearney declared this week that O’Connell had “suffered no adverse reaction” to his recent calf muscle injury after featuring against the Samoans.

However, O’Connell’s Munster team mate Keith Earls is set to spend another week on the sidelines, having failed to recover from a knee injury in time to face Australia.

Earls, who has been out with patella tendonitis since missing his province’s trip to Glasgow on October 25, will continue to be monitored by Ireland medical staff in the hope of being passed fit to play against the All-Blacks on Sunday week.

The Ireland team to face Australia is set to be unveiled by head coach Joe Schmidt at lunchtime tomorrow, Thursday.

Meanwhile, the Munster squad returned to training at CIT yesterday after a week-long break.

The exciting Van den Heever has joined Munster on a two-year contract. The South African signed for Munster in July but stayed with Western Province as they unsuccessfully attempted to defend the Currie Cup.

The 24-year-old could make his Munster debut in the province’s RaboDirect PRO12 clash with Cardiff at the Arms Park on Saturday, November 23 at 6.30pm.

It has been confirmed that Munster ‘A’s scheduled interprovincial tie with Leinster ‘A’, due to take place at Clonmel tomorrow, has been called off.

A statement on the Munster website said the decision was taken ‘due to Leinster’s current player commitments over this international period.’