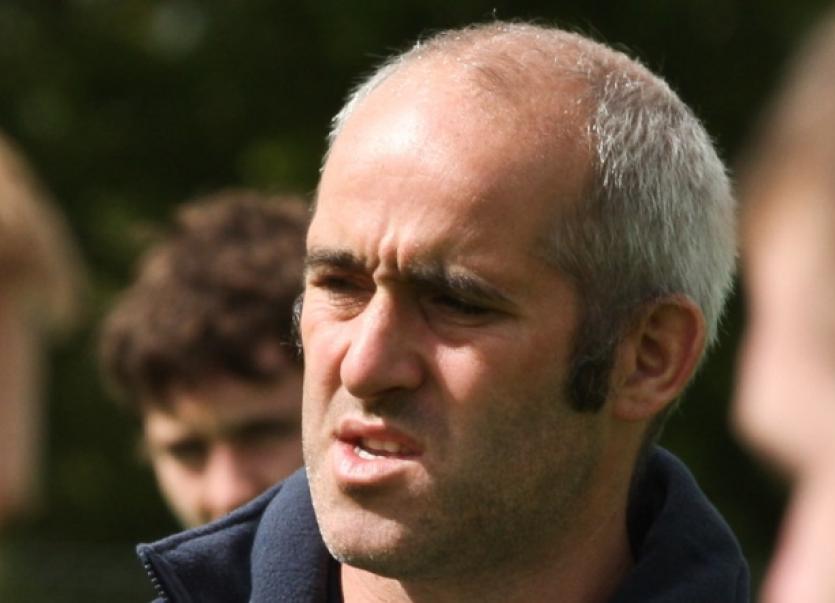 FORMER Limerick senior footballer Diarmuid Sheehy could be set to take over as U-21 football manager.

FORMER Limerick senior footballer Diarmuid Sheehy could be set to take over as U-21 football manager.

The former inter-county full back managed his club side to the 2012 Limerick JAFC and has been involved with a number of underage development panels in recent years.

McCarthy previously served as a senior selector under Mickey Ned O’Sullivan, while Dore was manager of the St Patricks team, coached by John Brudair, that reached the Limerick SFC semi-final this year.

Three years ago at minor football level, Limerick lost to both Tipperary and Clare.

Limerick have received a bye into the 2014 Munster U-21 football semi-final.

They await the winners of Cork and Kerry and will have to travel away to either side for the last four tie.

Meanwhile, Limerick’s new senior football squad could be finalised in the coming week.

Over 50 new players were afforded an opportunity to impress and 20 of these fresh faces are to be added to 20 from the 2013 panel to establish an extended training panel for the Winter and early Spring.

The three trails were held in quick succession last Thursday, Saturday and Tuesday.

Management are to meet in the coming days to analyse those who attended.

A meeting with the players of the 2013 panel is also in the pipeline.

Brudair is hopeful that all of Maurice Horan’s panel will be available for selection with no retirements confirmed to-date.

It is understood that Brudair is to give youth its chance in his initial squad with an expected link-up between the senior and U-21 panels.