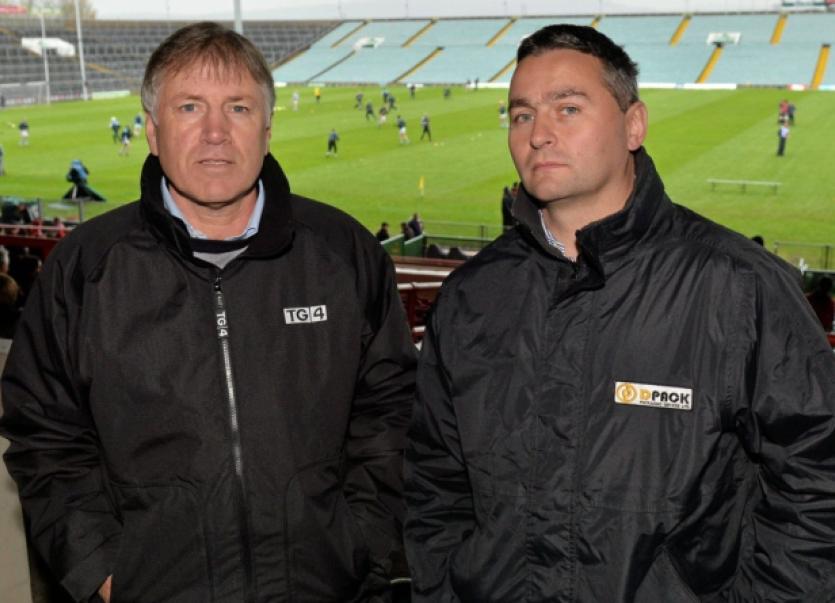 Jerome O’Connell looks at the process that led to Limerick’s new management team and what they can do to bring the hurlers to the next level.

Jerome O’Connell looks at the process that led to Limerick’s new management team and what they can do to bring the hurlers to the next level.

TEN seconds of silence was ended by a cough.

Another 10 seconds passed before the creak of a chair broke the mute of the hall.

“If people don’t wish to comment, I will push-on and look for a proposer and second to adopt it,” said the Limerick GAA chairman.

This was the special County Board meeting, called to ratify the new Limerick senior hurling management. Representatives of the almost 70 GAA clubs across Limerick travelled to Claughaun’s GAA Clubhouse to rubber-stamp the new appointment.

The selection process had taken over nine weeks and a unique joint-manager model had just been unveiled, but not a single club delegate had a question.

And, so TJ Ryan and Donal O’Grady were set in stone for a two year term.

The entire process took five minutes and 54 seconds - the vast majority filled by the reading of a report from the selection committee.

With the silence, we are to assume that all are in favour of the Donal O’Grady and TJ Ryan joint-management and selectors; Paul Beary and Mark Lyons.

Not all at the top table were as quiet in their pre-County Board officer meeting. That meeting took place in the Kilmurry Lodge Hotel and it is understood that many questions were raised before all eventually agreed to stand by the proposal.

The appointment brought an end to a process that started on September 10 when John Allen confirmed his departure.

They were tasked by chairman Oliver Mann to “bring back the best available”.

The five returned with the Ryan and O’Grady management model.

LeaderSport has seen the report of the selection committee.

They outlined that their decision was unanimous.

‘The committee approached its remit with enthusiasm, diligence and determination to do what we believe it right and best for Limerick hurling. During the recruitment process, the committee consulted widely and undertook comprehensive research and analysis and debate internally’.

They then compiled their initial list of possibilities - with internal and external candidates.

It is understood that among the names on the final short-list were Liam Sheedy, Nicky English, Ger Cunningham and Martin Fogarty.

All on the short-list were contacted.

‘All were complimentary and pleased to be spoken to about the vacancy’ said the report.

Ger Cunningham was seen as the favourite for the role, especially as he stepped down from his role as a selector with Cork on the Tuesday before Limerick’s decision.

Cunningham was spoke to about the role and perhaps it was his announcement in Cork helped focus the minds of Ryan and O’Grady, who already appeared in the driving seat.

On the proposal of Ryan and O’Grady, the report from the selection committee said: ‘the committee was very conscious of not only appointing a strong manager but a very robust management team, that would complement and work together”.

On the nine-week process, the report stated: ‘the process was comprehensive, protracted at times as some candidates were unavoidably unavailable for interview’.

It does appear that a native at the helm was a key target of the selection committee.

The previous relationship between Ryan and O’Grady was integral.

This time round TJ Ryan was the initial choice as manager with O’Grady as coach.

But somewhere along the line negotiations forced a change of tack and the joint-manager model was introduced.

There is no denying that the management ticks many boxes.

O’Grady brings huge experience and coaching ability, while Ryan should satisfy those who called for a ‘local’ at the helm.

Ryan may not have an success laden CV, but the reality is that there is no Limerick man with such a boast.

Between Ryan and O’Grady they certainly would have scored highly in the seven assessment headings - managerial experience, organisation skills, coaching experience, interpersonal communication skills, leadership and motivational skills, tactical awareness, as well as achievements to date.

Limerick GAA chairman Oliver Mann also defended the time period required to appoint a quartet that don’t appear to have had mitigating factors.

“I know we waited the bones of eight weeks but from the outset I said there was only one pre-condition and that was to bring back the best available management team and I honestly believe they had done that,” said Mann to media after last Thursday’s County Board meeting.

“There was no reason given, because they were never asked why was it taking so long. I have been consistent from the night that they were appointed, that they take whatever time was necessary to get the best management team they could and they have done that,” stressed Mann.

He added: “some people thought it was to be due for the October County Board meeting, but I never put that deadline on it”.

The chairman (who wasn’t part of the selection committee) said that he saw no issue with Donal O’Grady returning.

“No issues what so ever,” said the chairman.

“When Donal O’Grady came in, in 2011 he came for one year and the appointment was for one year. We were anxious he would stay on but for whatever reason, and I don’t know why, he didn’t stay on. But now he is back and for two years and I am happy with that - obviously he sees a future in Limerick hurling.”

BACK TO THE FUTURE

In 2011 there was criticism of the short-passing style adopted by Limerick under O’Grady and only time will tell if this is to return.

There was much local angst about that style, while on the flip side the direct all-action style appeared to bring the best from many players this Summer.

Although Limerick are Munster champions, there is no doubt that the starting team is likely to undergo change.

Interestingly, All Star full back Richie McCarthy played in attack under O’Grady previously. Others that will come into the spot light for varying reasons will be Kevin Downes, Shane Dowling, Declan Hannon, David Breen and Seamus Hickey.

It is also interesting that the management team appears very much stream-lined.

Much was made of the extensive size of Davy Fitzgerald’s All-Ireland winning back room team in 2013, but just four men are key to the Limerick cause in 2014.

Indeed this year, Limerick had a manager, two selectors, a separate hurling coach and a separate physical trainer, as well as other ancillary members.

Now joint-manager O’Grady is to assume the role of hurling coach, while selector Mark Lyons will be physical trainer.

There will of course be the usual extras available like a dietitian and sport psychologist.

The dynamics of who does what around the training field and on match day will only become clearer in the coming months.

Testament to his professionalism, Adare’s Joe Hannon returns as Liaison Officer for a fourth successive year.

He worked with O’Grady and Ryan in 2011 and is seen as a key part of the current set-up.

While the dynamics of O’Grady, Ryan, selectors Paul Beary and Lyons are yet to be tested, they have been given an option of appointing a third selector and it appears that the decision on this rests with the management themselves.

All that is left now is for all supporters, players and officials to give their 100% backing to the new management. Limerick could well have an improved league campaign to look forward to and that should set them up well for the summer. Here’s to 2014